Black Stars coach Charles Kwabla Akonnor has named a strong starting line up to face São Tomé and Principe in the final group game in Group C of the 2021 Africa Cup of Nations qualifiers.

Akonnor maintained Razak Abalorah in the post and the back-four which played against South Africa on Thursday.

Thomas Partey and Osman Bukari replace Afriyie Acquah and Kwame Poku in the midfield in today’s starting line up.

Ajax star Mohammed Kudus, Jordan Ayew and Andre Ayew will lead the attack in this afternoon’s game at the Accra Sports Stadium.

Spezia star Emmanuel Gyasi who made his debut for the Black Stars against South Africa has been dropped to the bench.

Ghana will be hoping to maintain the top spot with a win against São Tomé and Principe after securing qualification against South Africa on matchday five.

Below is the starting line up: 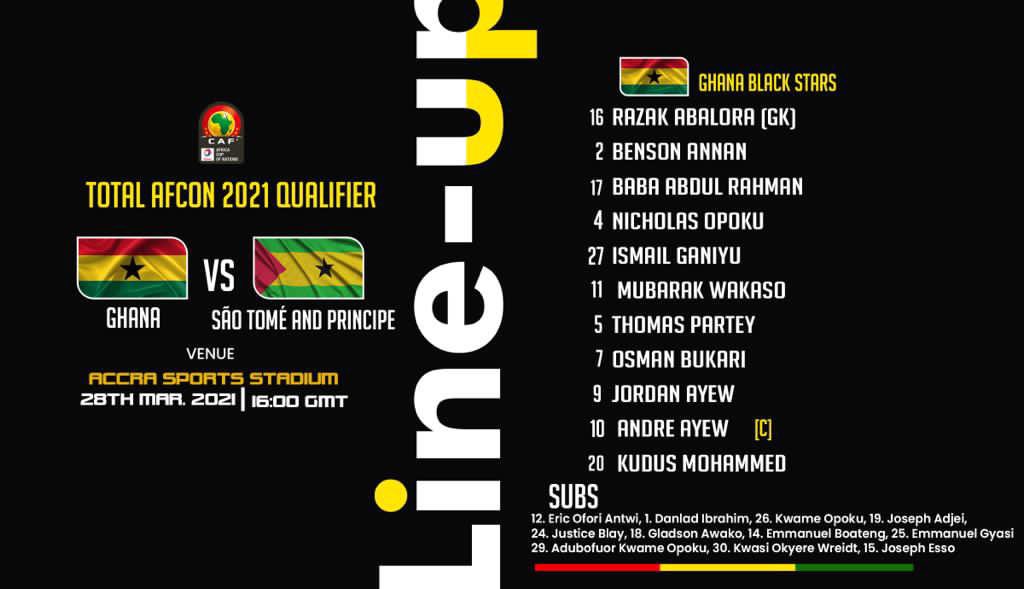