Hon Andrew Amoako Asiamah has had his life moved from the abyss to the high echelons of power where his presence is now revered more than ever and his words more powerful and weightier than before.

The Fomena MP has moved from being sacked from parliament to running as an independent candidate to arriving as the Deputy Speaker of Parliament.

He has become the only addition to the New Patriotic Party (NPP) caucus in parliament which guaranteed that they become the majority group. When the Speakership role went to Alban Bagbin, he ultimately was the befitting candidate to be the 3rd Most Powerful Person in the 8th parliament of Ghana.

What an inspiring story! Hon Andrew Asiamah Amoako has given many people reasons for them to accept rejection, work hard towards their dreams and never succumb to the downsides of life.

This is how the story began. 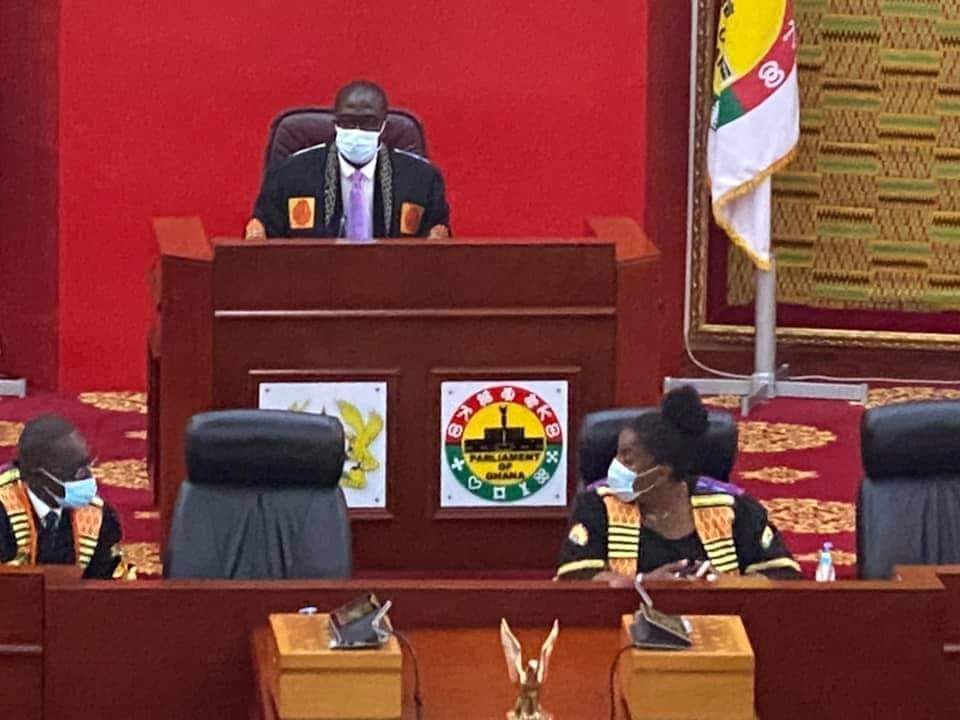 In the 2020 parliamentary primaries that were organized at the party level by the NPP, Mr Andrew Amoako Asiamah lost but he refused to accept the outcome with the conviction that the results were manipulated to have him removed.

He then decided against the party’s rules and ethics to go on the solo, to stand as an independent candidate for the Fomena constituency. Due to this decision of his, the party deemed it as selfish and unpatriotic and decided to expunge him from parliament and have him removed from the party.

The then-Speaker of Parliament, Hon Mike Oquaye sacked him from the house, the party disowned him and President Akufo-Addo urged his constituents not to vote for him because he could not work with an independent candidate.

Fast forward, Mr Amoako Asiamah believed in his conviction, took solace in his personal resolve and relied on his relentless effort to see himself represent the people of Fomena as an independent candidate. The odds were against him, the party machinery in the constituency backed him not and he was left alone to his fate…but his fate proved him right.

Mr Andrew Asiamah Amoako went into the 2020 parliamentary race as an independent candidate and had to face stiff competition not only from the formidable candidate of the National Democratic Congress (NDC) but also has to deal with the widespread appeal of the NPP candidate.

Lo and behold, the results trickled in and he was announced the winner of the election. An outcome that shocked the NPP, shook Ghanaians and set up a hung parliament. After the NPP has lost most of their parliamentary seats to the NDC, there was no clear majority in parliament.

He was sacked. He was disowned. He was left to wallow in abject rejection. But in the end, Hon Andrew Asiamah Amoako has risen from the doldrums of “we don’t need you” to the high place of “please come and join us to form the majority.”

Mr Andrew Asiamah Amoako has written and accepted to do business with the NPP caucus in parliament which guaranteed them majority after close-door persuasion and pleas but that notwithstanding, he is now sitting in the seat of the one who asked him to depart parliament as the 2nd Deputy Speaker of the 8th Parliament.

An Inspiring Story of Determination, Hard work and a strong belief in one’s conviction.

Biography Of Dr. Osei Kwame Despite...

Lesly Brown: Get To Know The Wife Of ‘Wheel Of Fortune’ Ho...

Liquorose Biography: Everything You Need To Know About The BBNaija 202...