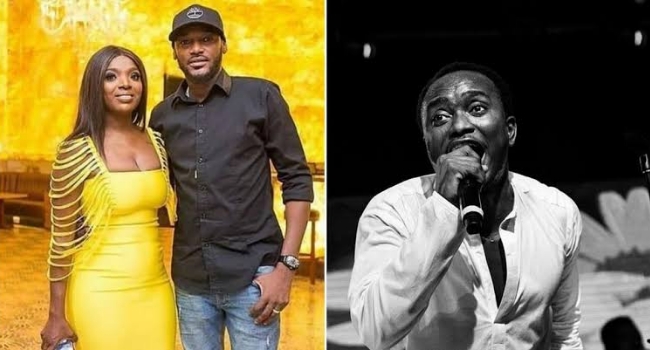 Nigerian singer, Brymo has continued to unleash his anger on the veteran singer, Tuface Idibia after accusing him of making boys assault him.

We earlier reported about Brymo calling out Tuface for making boys attack his last two years for allegedly sleeping with his wife.

Part of Brymo statement reads, “Later I found out from an undisclosed source that Mr Idibia was responsible for the attack .. yet I couldn’t decide if it was for supposedly bedding his Mrs or for claiming the spot of the greatest artiste alive!!”

Well, Brymo has taken to popular micro blogging site, Twitter to slam Tuface for pretending to be humble in public and bullying his family members and friends.

In a series of posts he wrote, “Innocent Idibia will never accuse another artiste this way ever again..this is the last time!!!… I Waited, and now I’ll tell every soul how he runs around publicly feigning humility.. while privately having the self esteem of family and friends for dessert!!.: No more!!”

“And hush your “complicated writing” and “too much drug” banter, ya’ll will learn about indignation this time.. some things should never be said, and when spewed must be retracted right there.. this is war and it’s my Easy win, I waited almost two years to start!!.”

“Maybe in my former life I would bang every one my fiery eyeballs landed on.. maybe what everyone sees.. I was a god-king.. not this time. And no matter how many allegations, I’ll live long, in boundless health and means..!and I’ll leave with the child in my heart still alive”