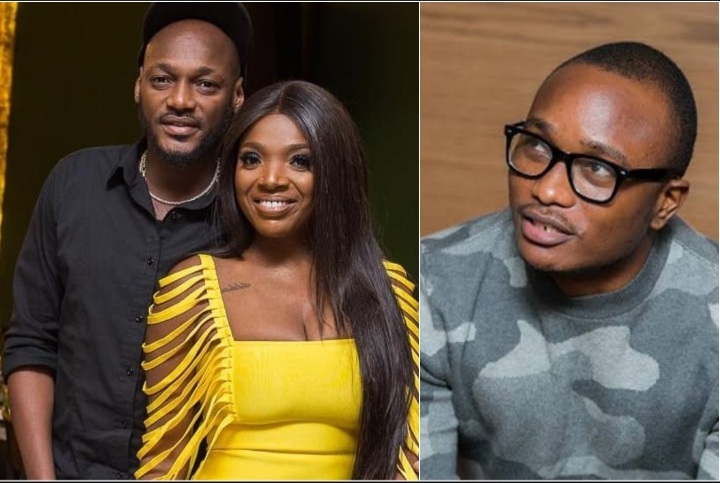 Nigerian singer, Brymo has reacted to the letter of Tuface demanding retraction and apology from him over the allegation of defamation.

Recall Brymo had called out Tuface Idibia for making boys assault him for allegedly sleeping with his wife and this has triggered the veteran singer to demand an apology.

In a letter sent to Brymo by the solicitors of Tuface, he demands a retraction and apology on his social media platforms for defaming him else risk getting billion naira damages from his lawsuit.

Reacting to this, Brymo claim he’s not going to do what Tuface Idibia wants by apologizing and still stand on his allegations adding that the billion naira lawsuit is not enough to make him change his mind.

In his words, “I have received this from Innocent Idibia’s lawyers, or so it reads.. I’ll advice they go on to court, as I insist on all my tweets asserted… they are not “nonesense”…,” 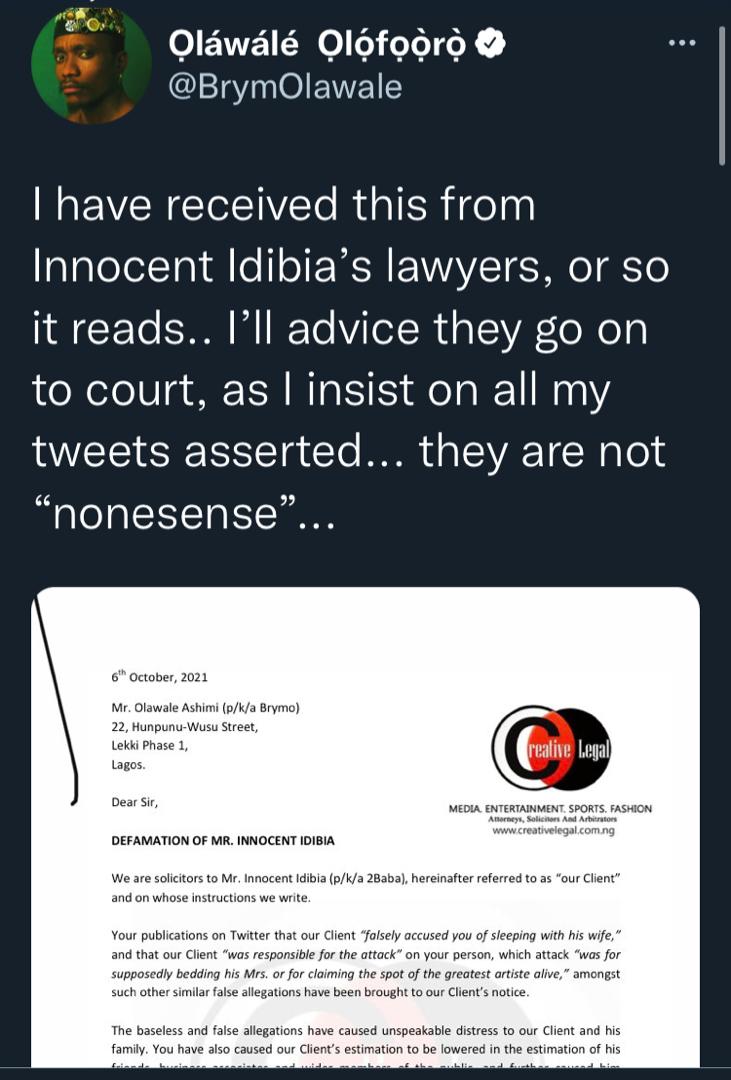