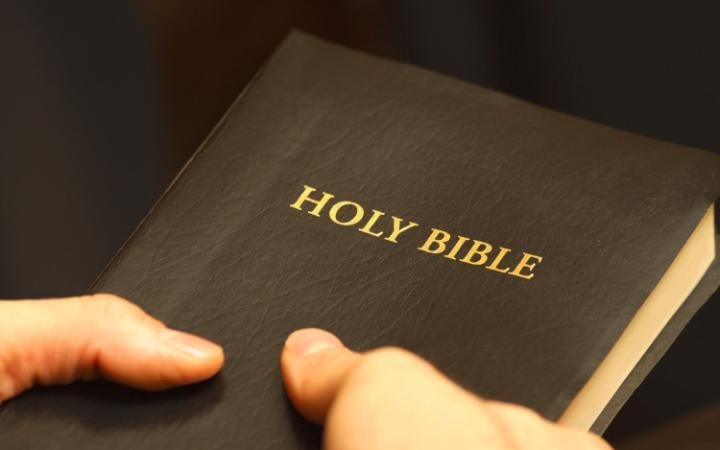 Christianity is a religion based on the life and teachings of Jesus Christ, who serves as the focal point for the religion. It is the world’s largest religion, with over 2.4 billion followers, or 33% of the global population, known as Christians.

Christians believe that Jesus is the Son of God and the savior of humanity whose coming as the Messiah (the Christ) was prophesied in the Old Testament.

Ghana is considered a ‘Christian country’ owing to the fact majority of the population practice this form of religion. However before the Europeans arrived on our shores and introduced us to religion, our forefathers were practicing their own form religion-traditional religion.

In the past Christians and traditionalists have clashed on issues relating their infringement on their respective practice by the other party. Every year in May, the Gas ban all churches on noise making. This means they are not required to use their instruments in their worship. This has been the bases for clashes which leave scores of people in critical condition.

It seems we will witness such confrontations this year as well. This is because the General overseer of Glory Temple Charismatic Ministry (GTCM), Reverend Sam Korankye Gary has petitioned the Minister for Chieftaincy and Religious Affairs, Mr Kofi Dzamesi, to remove the ban to allow churches ‘worship their God well.’ Furthermore, Reverend Sam Korankye said such traditional practices are archaic hence must be abolished.

“They should cancel it so we can serve God and serve him well. If freedom of worship is true, then no religion should suppress the other. It steals our joy. My problem is not about the culture but the ban of drums and noise making. I’m not against any religion but I think we should find another way since churches use the drums and organs to build their kingdom” he asserted.

To this end one Ghanaian Traditionalist and Anthropologist, Osofo Ahadzi thrown shots at the pastor, describing the norms and practices of the followers of Christianity as false. He also indicated that, the Holy Bible is one of the greatest conceited books ‘full of lies’ ever to be published.

“The Christian Religion is a false religion. The Bible itself is full of lies. So they have no case. If they don’t want instructions then they must pack and go back”-he emphasized. To buttress his point, he cited an instance in the book of Genesis where the first man to be created, Adam slept and his rib was taken out by God to create Eve, the first woman.

The traditionalist further queried, “Where and whom did Moses get the Genesis story from? Where was he when God took out the rib to create Eve? Abraham was older than Moses by far but Moses was able to write about Abraham’s life. How did Moses do that?”

“Where was Moses when God took out the rib of Adam to create Eve? Again where did Moses get the story? That is not a true story but the foundation of their Christian religion a religion that which starts on lies. Abraham was older than Moses by far but Moses was about to write how Abraham lived his life…”

He further added that in reference to Isaiah 20:4 in the Bible, he wondered which God will allow “the king of Assyria to lead away the Egyptians as prisoners, and the Ethiopians as captives, young and old, naked and barefoot, even with their buttocks uncovered, to the shame of Egypt.”

With this among other factors, he described the Holy Bible as ‘Full of Lies’, the reason he’s urging Reverend Sam Gary and his congregation to migrate out of Accra, same as Jesus Christ did in the Bible when he left the community to pray in peace.

“When Jesus wanted to pray, he left the community. He didn’t want any noise or disturbance. So why can’t the Christian do the same as our deities need some peace. They don’t find ours worthwhile. But if they say Christ has prepared a place for them in heaven, they have to leave earth, this is our land. That’s the confusion. One Bible, how many churches don’t we have…?” he said.