“Create a joint bank account so I can withdraw money anytime I want” – Lady tells boyfriend; read his response

A lady has informed his boyfriend to set up a joint bank account for their relationship so to make it convenient for her to get access to money as and when she wants.

According to the lady who is called Chioma, her boyfriend made her quit her job and she now has to entirely depend on him for upkeep.

Chioma argues that the money she receives from her boyfriend every three weeks is too small for her since she is now at home and eats more than she used to do when she was working.

This boyfriend, who was completely surprised since she gives her more money than she used to receive as salary said he does not see any sense in creating a joint bank account for their relationship.

Chioma vehemently disagreed with this statement from his boyfriend with the explanation that a joint bank account will prove how far he wants to go with their 4-year-old relationship and how he holds her in high regards.

She added that a joint bank account will allow her the freedom to get access to money and not disturb him unnecessarily with the demand for money.

“Will you fund the account with money,” his boyfriend asked him.

Chioma said because she is not working she is not going to fund the account, if it should be created, with money but will love to get access to the money all the time.

Check Out Screenshots Below To Find Out More: 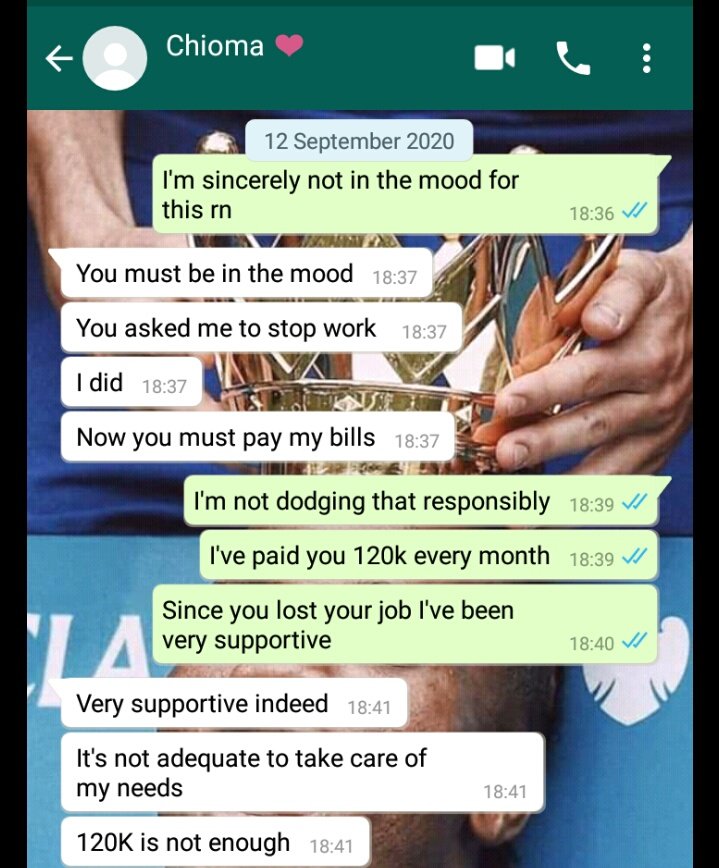 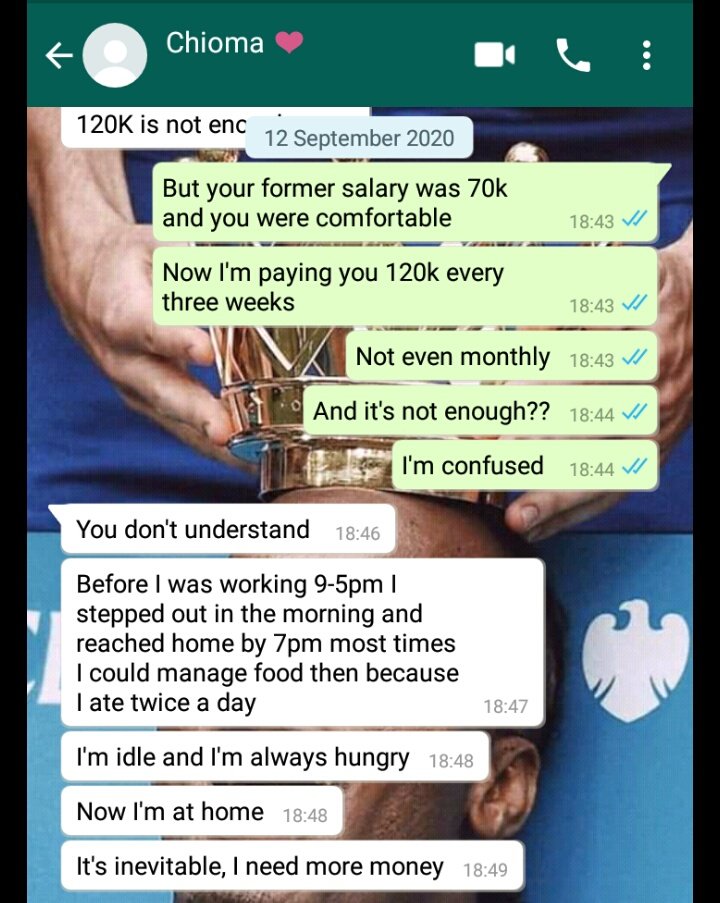 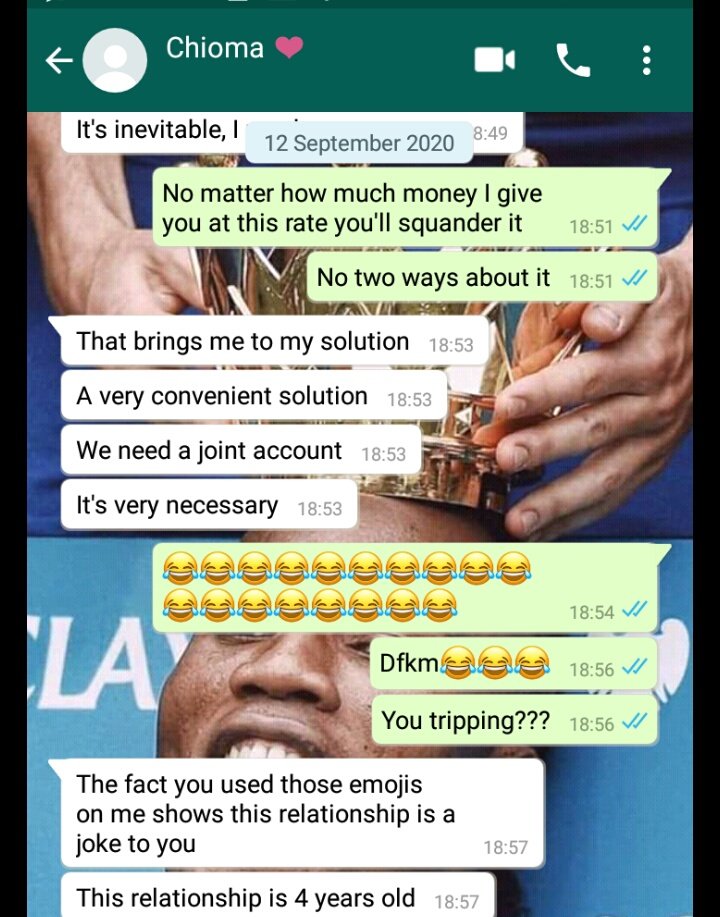 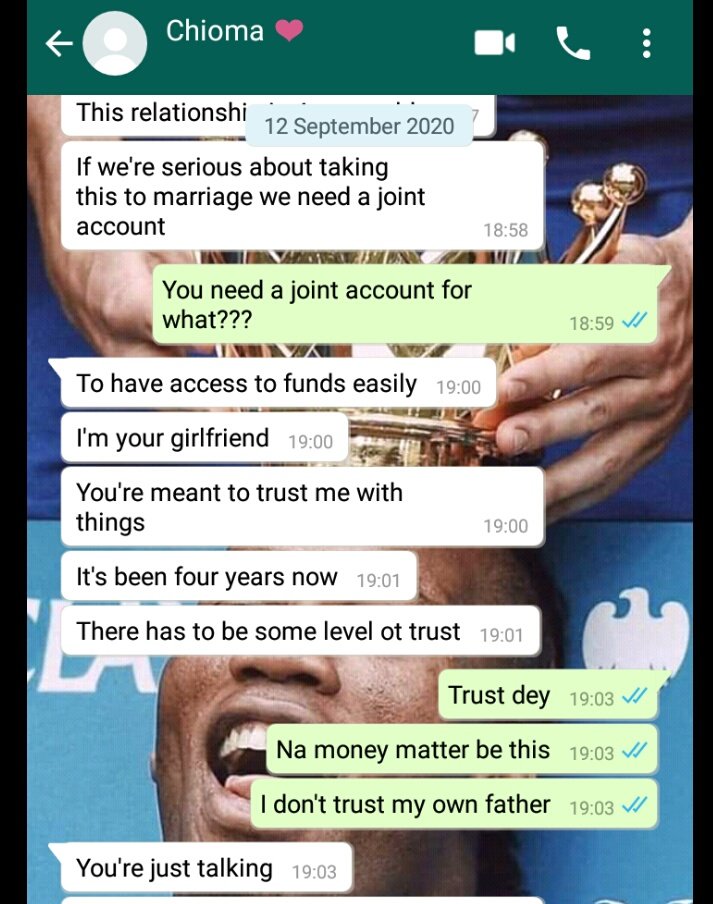 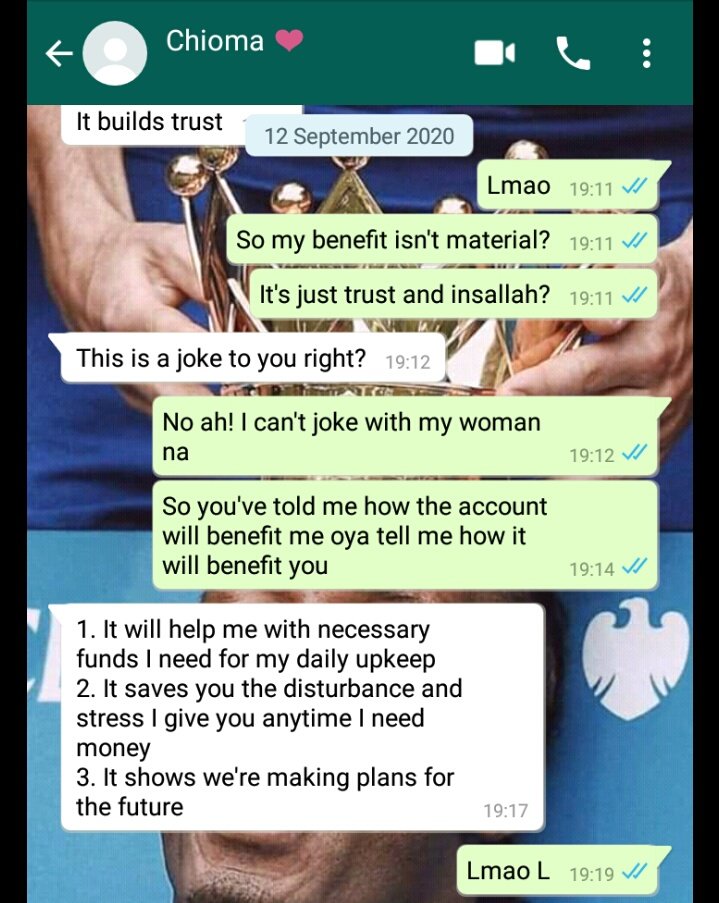 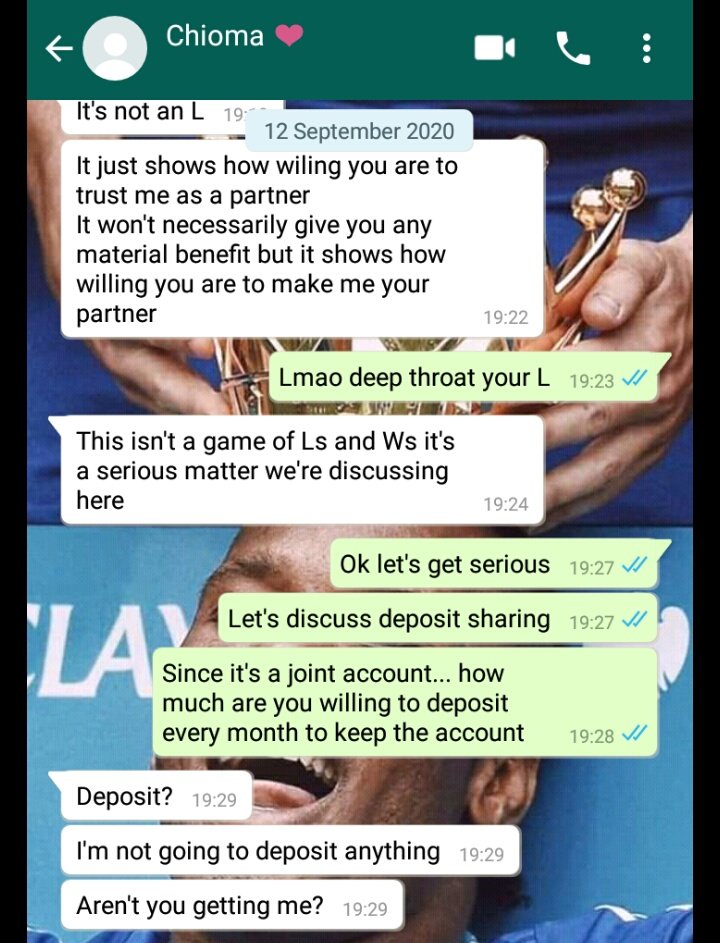 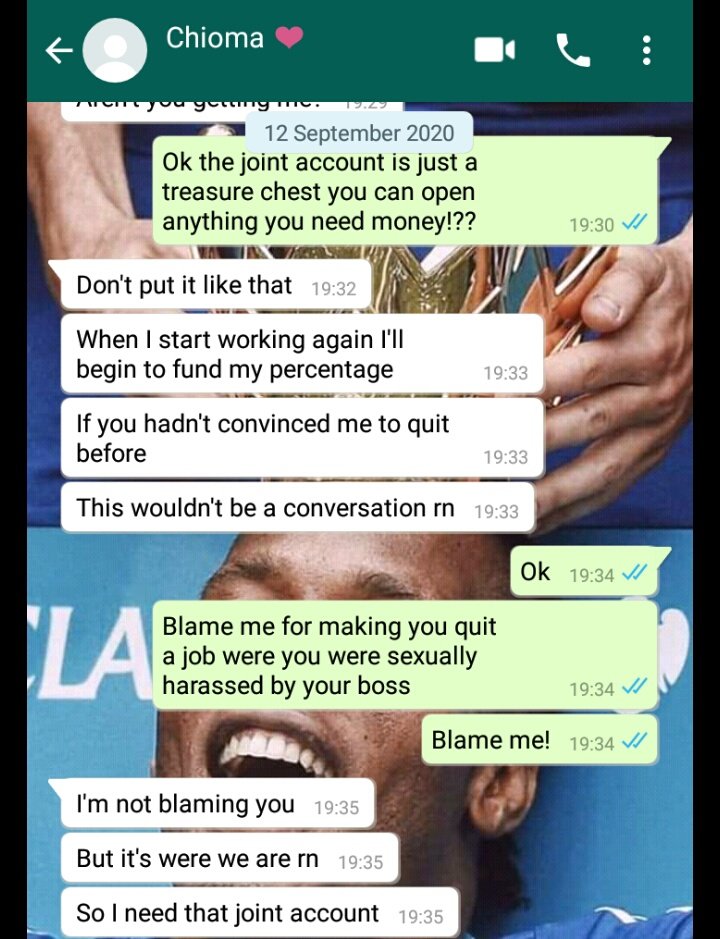 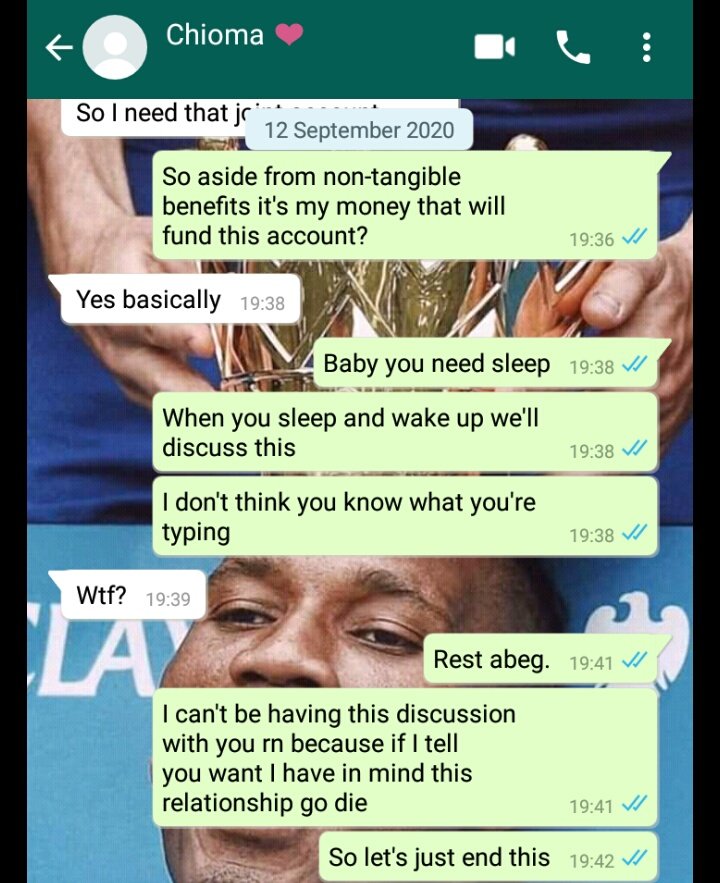 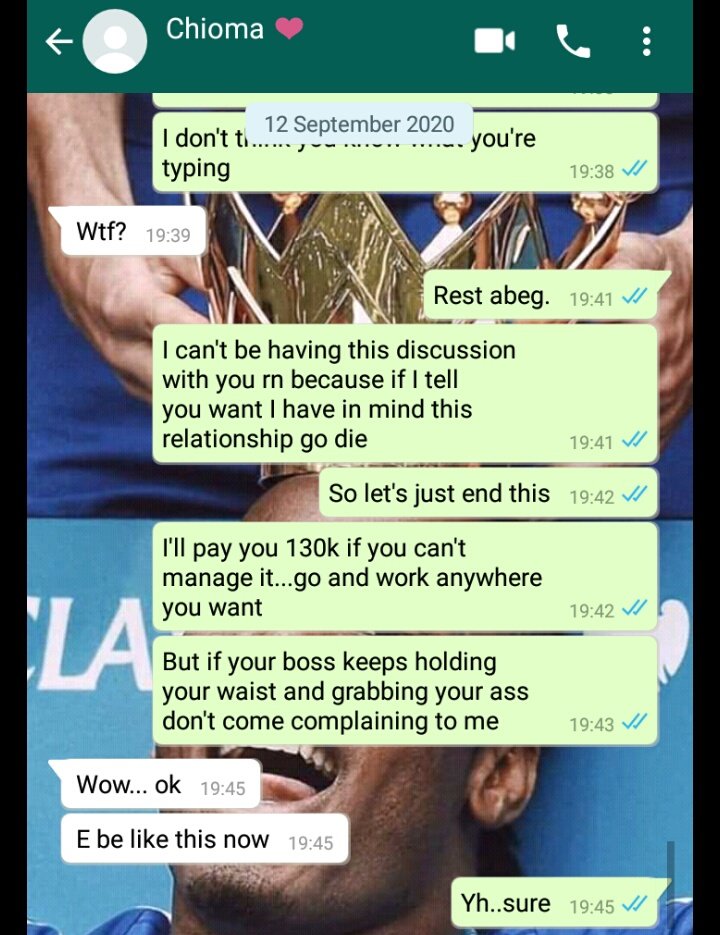 Previous articlePope Francis likes Bikini photo of model on Instagram [Details]
Next articleIt was an unwise decision to leave Shatta Wale, go back to him – Actress AJ Poundz tells Michy

Popular singer, Naira Marley watched as one of his die-hard fans who is a dispatch rider nearly crashed to...
News

Despite Free SHS, government will be happy if parents pay fees – Education Minister

Mobile Money vendor robbed of GH¢240,000 by armed robbers within 2 minutes at Bantama