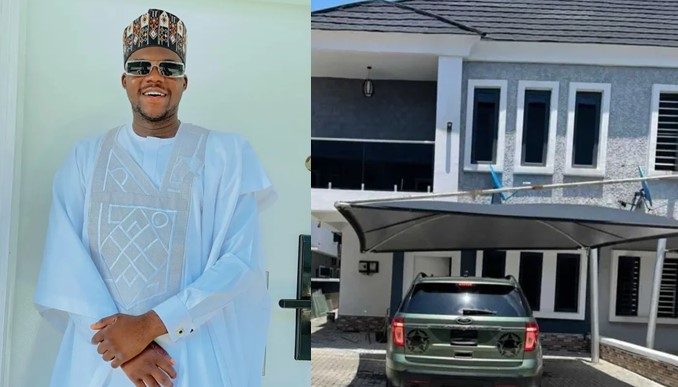 Nigerian comedian and skit-maker, Cute Abiola has unveiled the super dope mansion he has bought for himself as a testament to his hard work and dedication to his online activities.

The content creator recently acquired a beautiful house in Lagos and he let his fans catch a glimpse of it by sharing the photo of the imposing edifice on his social media handle. He then acknowledged the well-wishes and showed off the new house. Abdulgafar Ahmad Oluwatoyin, professionally known as Cute Abiola is a Nigerian comedian, who is also a Naval officer, entertainer, video producer who is popularly known for his comedy skits on social media. He was born and raised in Kwara State, Ilorin, Nigeria.18