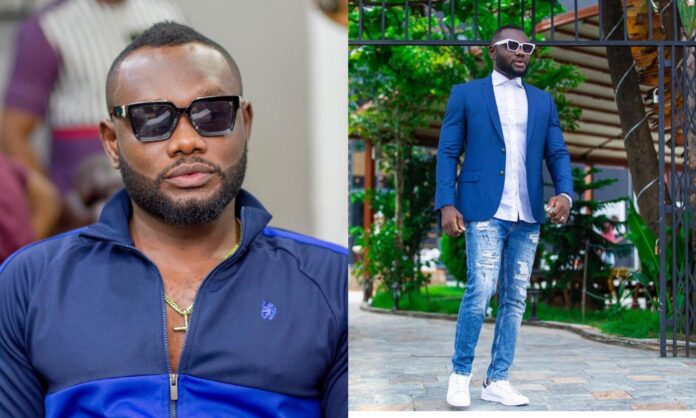 Ghanaian actor and a strong NPP supporter,  Prince David Osei has shared his plans of running for President one day.

Speaking to Frema Adunyame and Nana Tuffour on Citi TV‘s ‘Upside Down’ show, Prince David Osei stated that  that even though this might come as a surprise, he strongly believes that it will come to pass because it’s part of his destiny.

“I will be the President of Ghana someday. In life, everybody and what God gives them. Sometimes you might look unqualified, you might [even] look like you are not the one. That has always been my story…I know who I am and who I trust in,” he said.

Prince David furthered that he has a personal relationship with God and that he believes in God’s promise to him to make him the President of Ghana one day.

He explained that God told him, when he was seventeen years old, that he would become the  President of the nation one day and he is holding on to that prophesy with faith.

The actor said although God did not tell him the time the promise would be fulfilled, he is however getting ready by equipping himself with everything he needs to succeed as the leader of the nation.

Prince David Osei was one of the celebrities who openly supported the Incumbent NPP Government lead by Nana Akufo-Addo during the 2020 elections.

Explaining the reason he decided  to publicly involve himself in partisan politics despite being an actor,  David said campaigning for the NPP was just a stepping stone to help him fulfil his dream.

According to David, those who did not know about his political ambition and prophecy would not understand his move until it finally manifests one day.