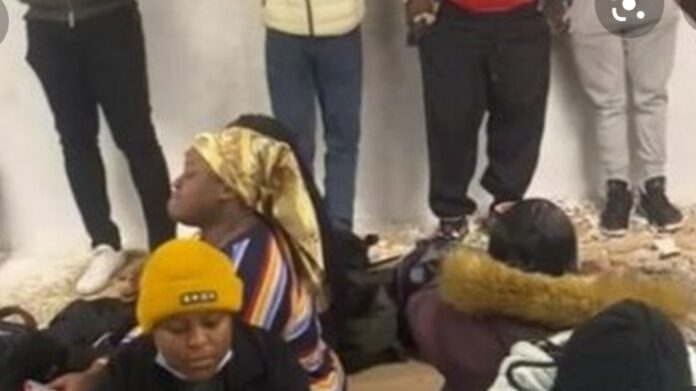 The first batch of Ghanaian students stranded in Ukraine has been safely evacuated to Romania, 3news.com can confirm.
The students, who were in Chernivtsi, were evacuated as part of arrangements made by the Ministry of Foreign Affairs and Regional Integration via Ghana’s Mission in Berne, Switzerland.
The Ministry on Friday night conceded that as a result of the difficulty in airlifting Ghanaian students due to a shutdown of Ukrainian airspace, arrangements were rather made the evacuation be by land through neighbouring Moldova, Belarus, Slovakia and Hungary.
So far, those in Romania will be taken care of by the Romanian government as per the arrangements made by the Foreign Ministry.

Another batch is on its way to Hungary while a bus will be available on Monday to take the remaining to Poland, whose border is said to be choked.

We have confirmed very reliably that Ghanaian Students who were in the City of Chernivtsi-Ukraine have arrived safely in Romania 🇷🇴 and are being catered for by the government of Romania as per arrangements made by the @GhanaMFA . Train to Hungary safely on the move as well🙏🏻.