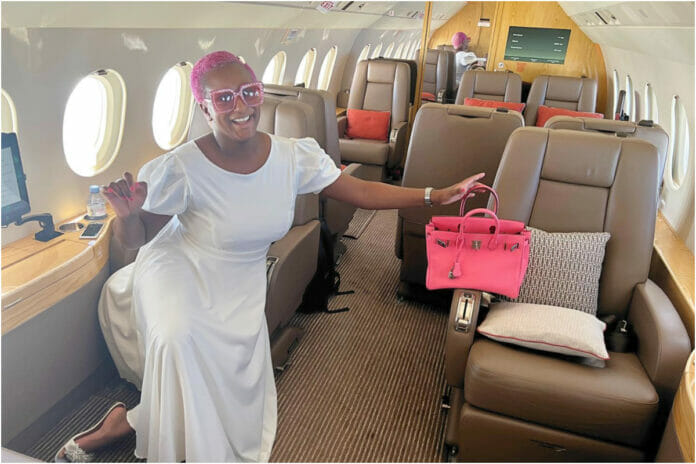 DJ Cuppy is on a quest to make more friends over her seeming boring life as the daughter of a billionaire.

The professional disc jockey and singer took to official Instagram stories and shared footage of the giant private jet which takes care of all her air transportation while lamenting that it’s empty during her travels.

Cuppy said she and her personal assistant are the only passengers on the huge jet, plus the flight crew and this is something that takes away the lustre in the spectrum.

She, therefore, said she will be networking and making new friends who she will carry along during her numerous trips.

Born Florence Otedola, DJ Cuppy recently replied to a fan who reminded her that her biological clock was ticking and she needed a man ASAP.

The concerned fan asked her to get married quickly as she will soon turn 40. ”Find a man You’ll be 40 soon”, he wrote.

Cuppy was not offended at all, instead, she replied by saying she is even to hit 30 so there’s nothing to worry about. In any case, she suggested she has to see 30 first before the conversation can start.