Ghanaian actress Fella Makafui has decided to satisfy the fancy of her fans who admire and actually like the hugeness and roundness of her bum.

According to her, she knows a lot of her fans like her for who she is but also have a special liking for her due to the size of her huge backside.

In a tweet that sees her turn her bum to the camera while clad in a tight black pair of jeans with a high heel, Fella Makafui served it hot and gave her fans who fantasize over her body the opportunity to salivate.

Fans praised Medikal for settling on Fella Makafui as a wife. They wish they were in his shoes. 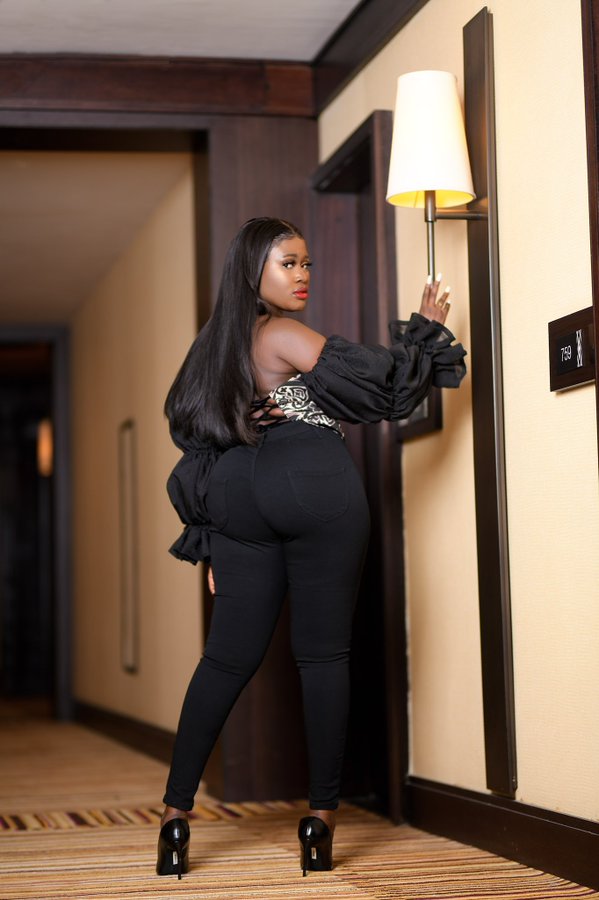 Ronaldo overtakes Messi as the highest-earning footballer in the world...

Ronnie Brunswijk: The Suriname Vice President Who Is 60, Played And Ca...

I Don’t Fvck With Popular People – Black Sherif Spits Out His ...