Popular Nigerian media personality, Daddy Freeze known in real life as Ifedayo Olarinda has disclosed that he’s not angry that pastors are wealthy.

He noted that he’s angry because members of these big churches are living in poverty.

The ace OAP stated that it’s beyond logic that only 2 percent of Nigeria’s population has more than 500 thousand nairas in their account despite the fact that over 50 percent are active Christians. 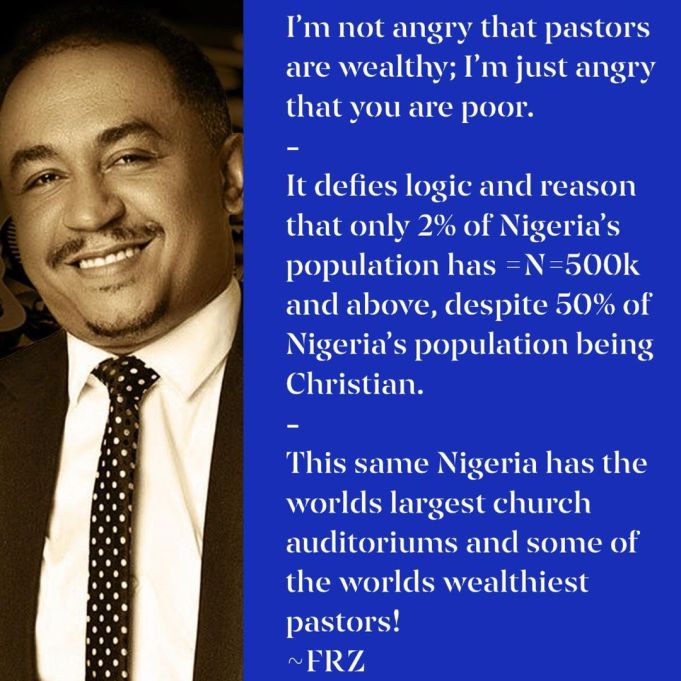