Jane Mena Claps Back At Tonto Dikeh, Dares Her To Release The Alleged S£x Tape Of Her And Prince Kpokogiri 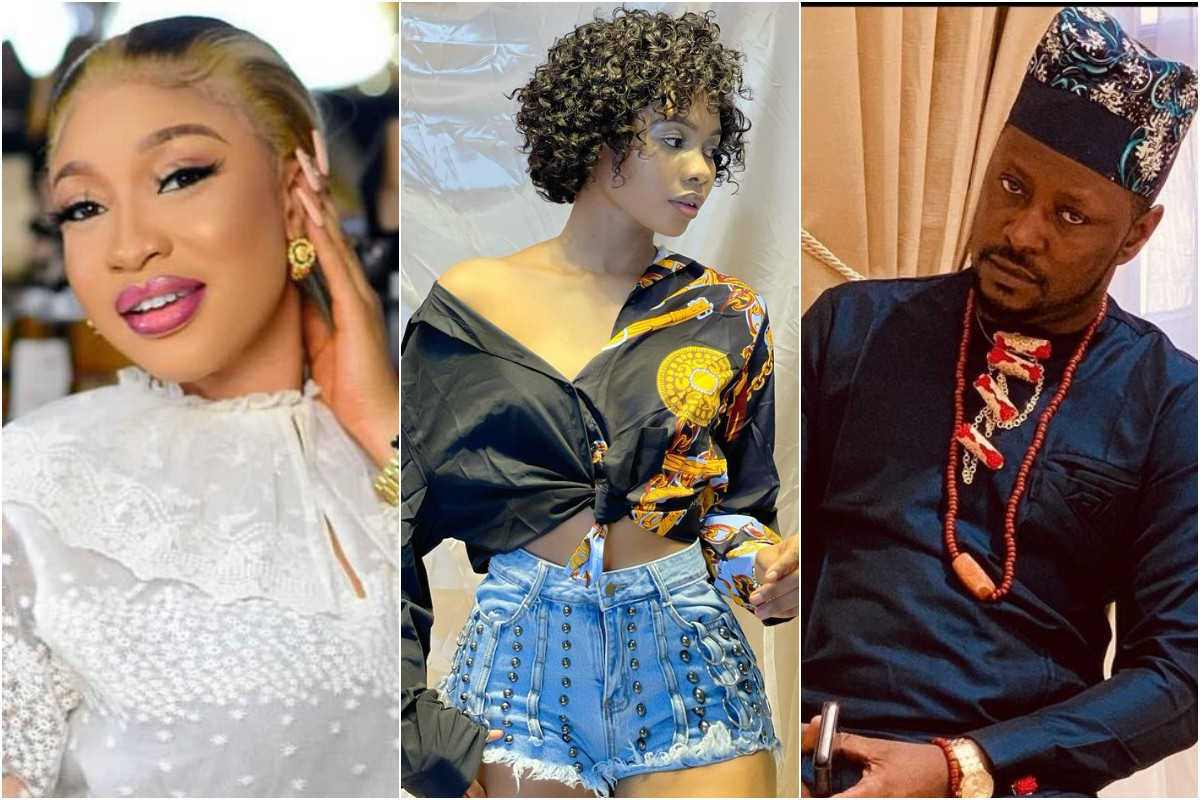 Celebrity dancer, Jane Mena seems to be ready to drag Tonto Dikeh after petitioning her before the police as she continues her social media battle with the actress.

In the early hours of today, we reported about Jane Mena’s petition over Tonto Dikeh’s claim that her s£xtape is in possession of Prince Kpokogiri.

Well, Tonto Dikeh also came out to react to the petition as she hold her stand saying indeed the dancer’s private moment tape exists adding that Jane Mena came behind the gram to beg her to save her marriage but coming to file a petition.

She wrote, “Miss TONTO DIKEH WIGO CHARITY MRS JANEMENA SPEAKING…. We never called to BEG you or for you to SAVE MY MARRIAGE (ask people around who really know me and my husband)

ATLEASTTRY TO SAVE YOURSELF FIRST

I DON’T EVEN HAVE YOUR NUMBER IN THE FIRST PLACE NEITHER HAVE I MET YOU IN PERSON BEFORE I NEVER SPOKE TO YOU ATALL Miss TONTO DIKE CHARITY WIGO I want you to post the Recordings on this social media platform. I’m giving you that authority just Incase you think it’s illegal to post recordings.

I want everybody hear me and my brother talking to your Friend and NOT YOU because they recorded the conversations I and my brother @arugba_anthony spoke to a friend of yours called Mrs Doris where we told her very calmly that we wanted an audience with you so you could RETRACT your MISLEADING INFORMATION WHERE YOU TAGGED ME AND THEN APOLOGIZE PUBLICLY as you know none of what you stated on your Instagram post never happened. But Mrs Doris insisted and vowed with her life that you don’t tell lies and she also promise to try to reach out to you to see if a meeting can be or anized and that was the end of the conversation.

Miss TONTO DIKE WIGO CHARITY, You are an adult and I want you to know COITUS MUSTTAKE PLACE FOR A S•X TAPE TO BE MADE. a DOUBLE DOUBLE DOUBLE DARE YOU TO RELEASE THIS SAID “TAPE” THROUGH A FAKE PAGE OR ANY OF YOUR NUMEROUS BLOGGERS since you are claiming it’s “ILLEGAL” to release it on your page

OBA IN THE MUD, I DOUBLE DARE YOU AGAIN AND AGAIN I AM NO FOOL”