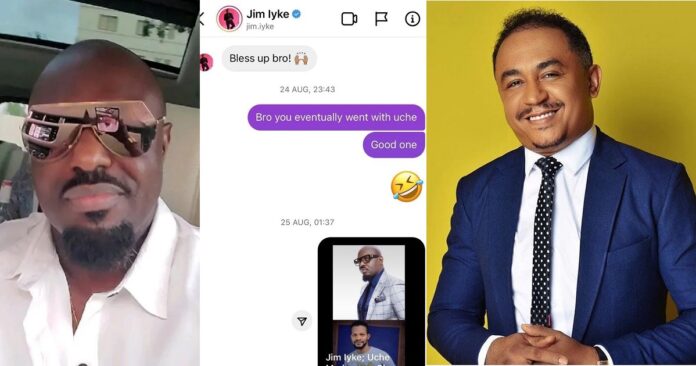 Media personality, Daddy Freeze has revealed that Jim Iyke contacted him first to stage a fight before finally settling on Uche Maduagwu.

In effect, Daddy Freeze said a lot of the things present on social media are a facade which is why people have to be careful on what to believe in premised on the staged dirty fight between Iyke and Uche.

Freeze has come out with a leaked chat between himself and the veteran actor detailing how he approached him first to initiate the fake beef to sell his movie.

Freeze added that Jim Iyke’s idea was brilliant then warned people that most of what they see on social media isn’t real. 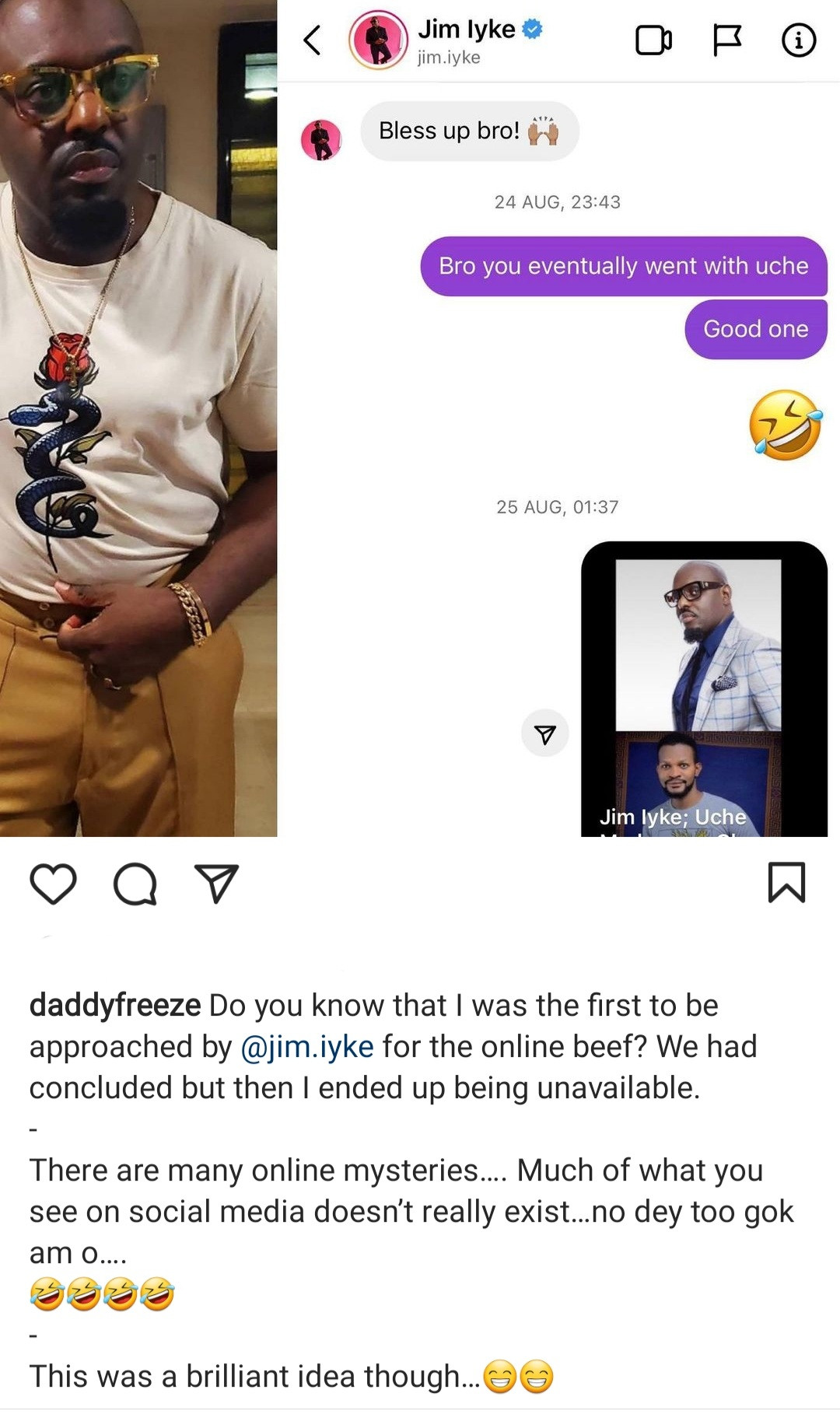