Kanye West made a dramatic entrance to his Sunday Service in Atlanta on the weekend as he appeared to ‘walk on water’.

Kanye West held what could be his most ambitious Sunday Service yet when the whole gang walked on water during the event.

As for notable guests … Kim Kardashian showed up. Hard to read the tea leaves, but it seems relevant, because of his self-described marital issues. But, there she was … flying to Atlanta for the service. 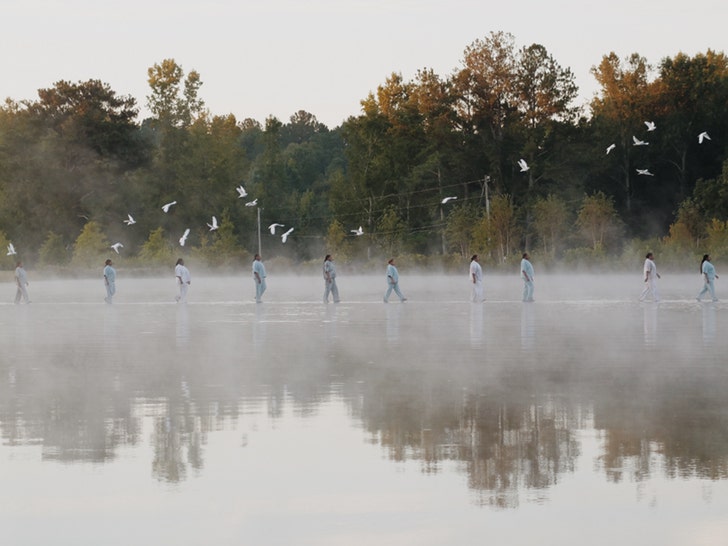 Pastor Joel Osteen delivered the sermon and spoke about Jesus walking on water and how he gave Peter permission to follow suit. They all took it to heart, because after the sermon Ye, Joel and the choir all walked on H20, although not exactly.

The service was held on a lake near Pinewood Studios in ATL.

FYI … looks like they all played it safe with social distancing.

#kanyewest was seen walking on water today at his Sunday service. ? What y'all think? pic.twitter.com/jXQkprpKes