Kuami Eugene’s latest album; “Son Of Africa” which was officially released today is catching waves and seems to be resonating with a lot of music-loving fans.

With many describing the album as a potential Grammy-winning project, others believe the 2020 VGMA Artiste Of The Year deserves all the accolades, plaudits for a good work done.

The ‘Son Of Africa” album is the second studio album of Kuami Eugene after releasing the ‘Rockstar’ album in 2018. The album is made up of 14 tracks predominantly highlife tunes and a couple of hiplife and gospel songs. 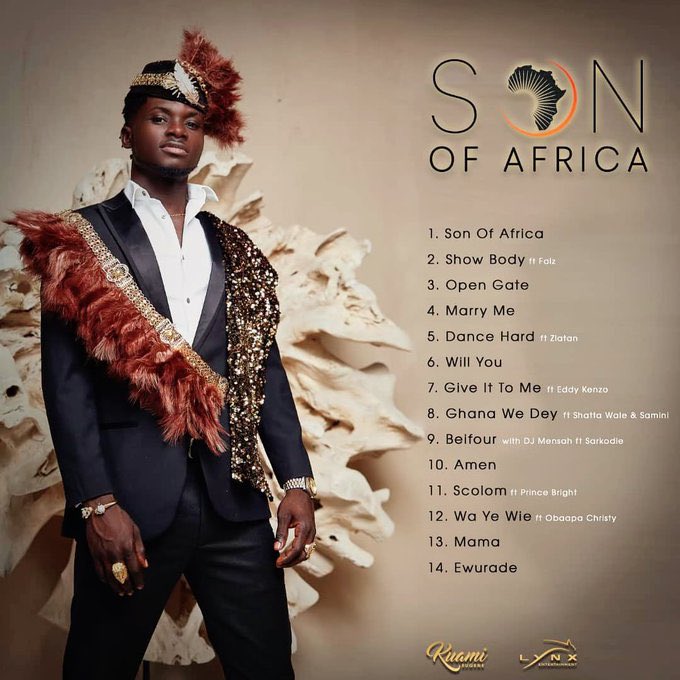 Social media has gone gaga as many applaud the ‘Open Gate’ hitmaker for a good work done. For many, this album is going to fetch Kuami Eugene a pride of awards at any upcoming award ceremony in and out of Ghana.

Check Some Of The Reviews On The ‘Son Of Africa’ Album Below:

Congrats to my bro @kuamieugene on his Sophomore Album #SonOfAfrica . Go Stream it! Out everywhere 🔥🔥🔥🔥 Lets support it ✊🏼https://t.co/0oZvKXNJdu pic.twitter.com/HuUN8gd31m

We don't need sunlight today.
The son of Africa will give us daylight.
Kuami Eugene 💓#SonOfAfrica pic.twitter.com/CmE7fyMkv7

You need to be lashed if u listen to Kuami Eugene en #SonOfAfrica album n compare King Promise to him again…Eugene is miles ahead pic.twitter.com/K9rNSON7hw

Kuami Eugene is the future of Ghana music no doubt he is the artist of year,
Son Of Africa album is worth a Grammy award…. Let that sink!!!!!! ❤️🇬🇭 #SonOfAfrica

Y'all listened to Kuami Eugene's #SonOfAfrica album? And you still compare King Promise to him?

Afia Schwarzenegger Calls Out Mzbel, Says She Was Never Pregnant With ...

“I am forever yours” – Selley Galley writes emotional bi...

Sonnie Badu Features His Wife On His New Single, Stand By Me...