Kwawkese Replies Popcaan; Says He Is Not Mad At Him But Rather The System In Ghana – Video 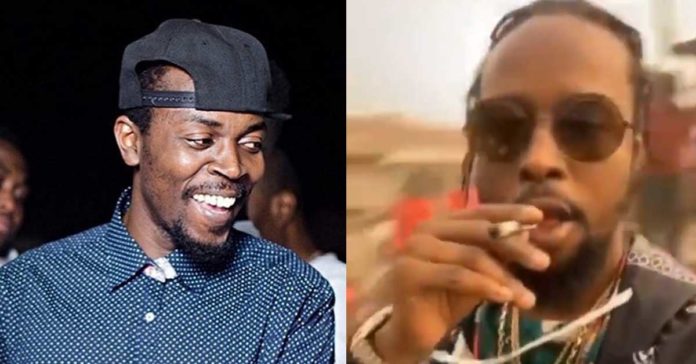 Jamaican artist Popcaan, has been in Ghana for a some time now, since he landed for the Year Of Return

Recently, a video of the artist hit the net, where he was seen smoking we3d publicly which is apparently illegal in Ghana, but no action was taken against him

This morning Kwawkese, who was once arrested for the same crime, raised concerns about it through an Instagram post.

Popcaan after seeing the post replied Kwawkese by saying, He is not a foreigner and that they should try and meet with the government to legalize we3d

It is in view of this, that Kwawkese has also replied Popcaan in a video posted on his Instagram page