A Twitter user, Ummie has caused a massive debate online after she claimed she rejected 5 million naira (₵76,305) which a good Samaritan wanted to give to her.

Ummie said her benefactor offered the money without smiling and this is something she could not condone. She said she only receives money given to her with a cheerful heart, and collecting money from someone who isn’t happy about it does not make sense to her.

She further argued that what she did should serve as an example for others to learn how to give with a cheerful heart. 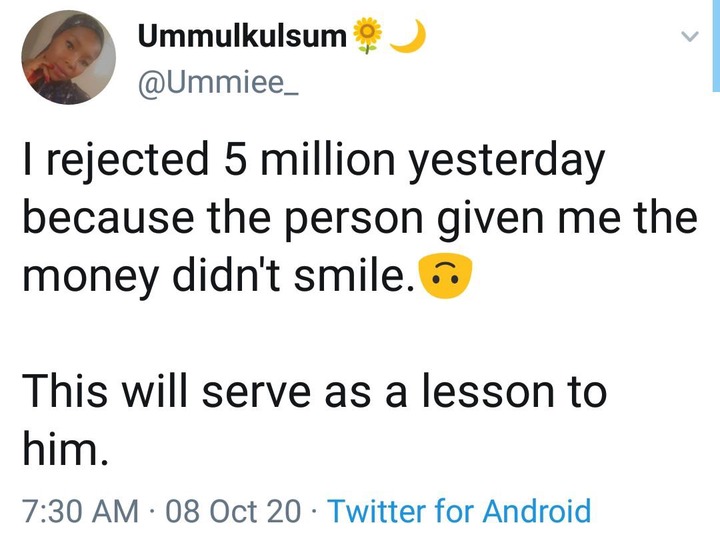 lady rejects money because he did not smile

Nollywood Actress Ada Ameh Sheds Tears In An Aeroplane As She Journeys...

‘I Just Discovered My Boyfriend is Gay, Should I Leave Him?̵...

Meet The Toddler Who Wouldn’t Stop Crying Unless He Listens to D...

Pastor Adeboye declares 30-day fasting and prayer over the state of Ni...

‘They Slashed My Hand With A Machete And Took My Money’–...