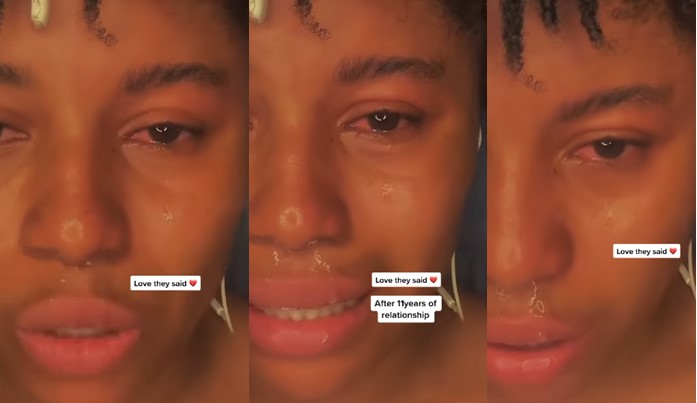 A lady has shared her heartbroken story in a video that has since gone viral on social media platforms.

In the video, the young lady seemed to have cried out her eyes out as it’s red saying all her time and effort has gone to waste.

According to her, she’s been in a relationship with a man for 11 years but suddenly dumped her and is about to get married to another lady.

The lady whose name is yet to be known disclosed that she’s done several abortions for the man during their relationship but it all ended in tears.

Meanwhile, popular Nollywood actress, Tonto Dikeh has taken to social media to spew that she’s not scared of heartbreaks anymore but being broke is what she can’t even think of.