A handsome Nigerian man has argued that people who bring their marital issues on social media should not have entered the institution of marriage in the first place.

The man identified as Danny Walta made this statement on Twitter in reaction to the case of a Nigerian man calling out BBNaija’s Elozonam for allegedly sleeping with his wife.

Elozonam however denied sleeping with anybody’s wife and demanded a public apology from his accuser, over defamation of character.

“Bringing your marital issues to the timeline is a sign that you shouldn’t be married in the first place.” 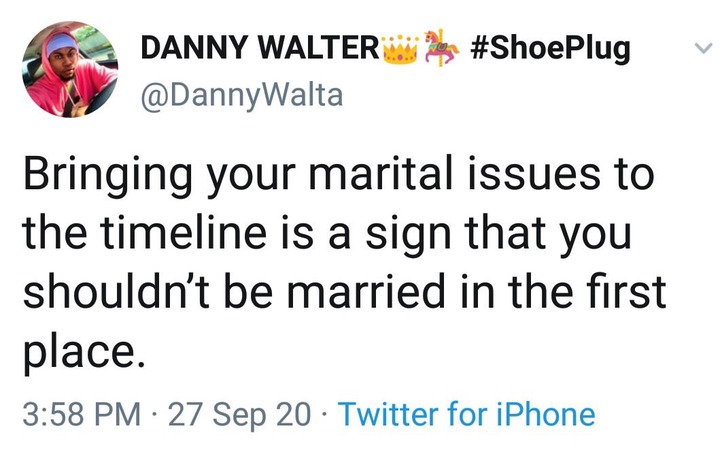 married people and their issues on social media

You Have Destroyed My Childhood Perception About You – Davido Bl...

Meet The Hot Nollywood Actress Who Says She Can Have S3x Five Times A ...

Bobrisky Becomes The First Man (Woman) To Own The Latest iPhone 12 Pro...

Nollywood Actress Ada Ameh Sheds Tears In An Aeroplane As She Journeys...