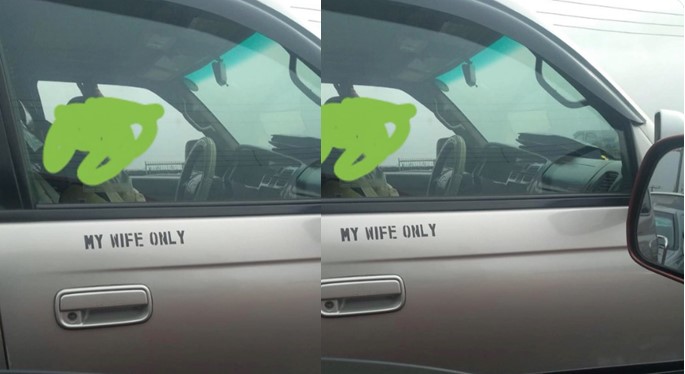 A man has stirred massive reactions on social media as he uses his car to send a message over the ending debate about who deserves to sit in the front seat.

There’s always going to be something that people will never end talking about it and one is the debate about a mother and a wife who deserves to sit in the front seat.

The Nigerian who is said to reside at Port Harcourt, River State was spotted in a viral photo as he uses his car to pass a clear message to people.

According to the inscription written on his car, he noted that the front seat belongs to his wife only so in this case you want to hop in his car you would have a have second thought when taking his car.

The photo was shared by a Journalist, Uche Okoro on a popular micro-blogging site, zoom as he wrote on the car, “My Wife Only” 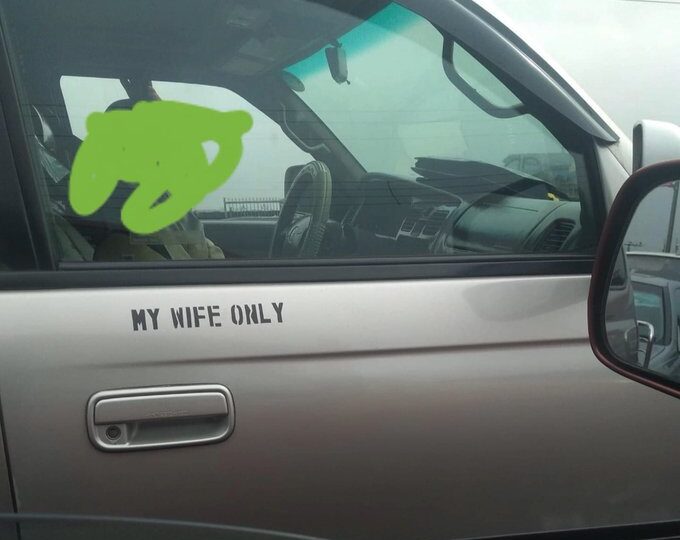 @HopeJoshua16; Me when I finally marry

@chuuokoye; Men are not scum.

@Razor_Maroy; The wife probably did that.

@pelmzy4real; Someone’s wife died and he locked that door permanently. If he gives you a lift na back

@CodedCF; …with this, no sane person will enter that vehicle