Notorious armed robber, who has been terrorizing people of Tema, finally arrested in Tamale.

A 38-year-old notorious armed robber who is known widely for snatching of cars in the Tema metropolis and its environs, Alhassan Imrani, has been arrested by the Ghana Police.

He was arrested at his hideout at Banvim in the Tamale Metropolis of the Northern Region. His arrest was orchestrated by a tipoff the Tamale Divisional Police Command got on Saturday 5th September 2020 at 11:00 am. 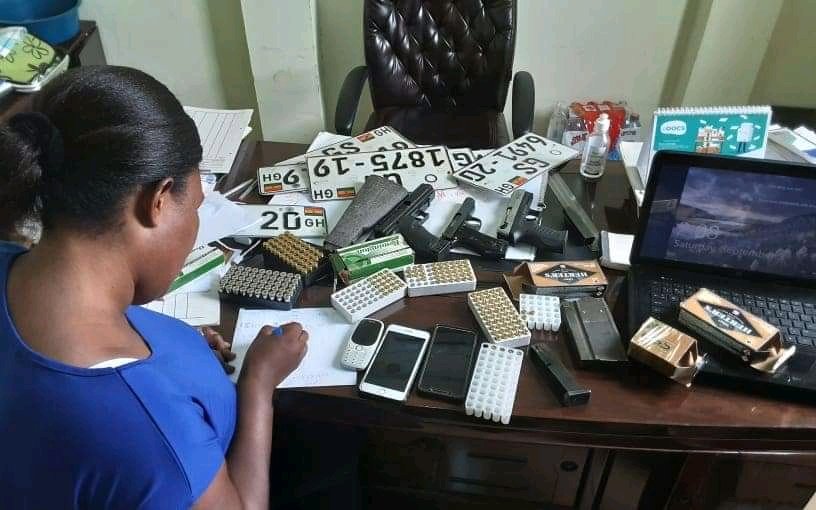 According to a police statement, “Enquiry was extended to a spraying shop and one ash colour Toyota Highlander recovered.”

Alhassan Imrani has been on the wanted list of the Ghana Police Service for committing several crimes across the length and breadth of the country. He is widely known to be a very ‘clever’ car snatcher. He is expected to face the law court in the coming days.

Previous articleNatives of Akyem to stage a demonstration against Mahama for tagging some members of the gov’t as ‘Akyem Sakawa Boys.’
Next articleBringing Mahama back will be the biggest political mistake – Samira Bawumia tells Ghanaians

A Black teenager who made national headlines after being shot at by a white Michigan homeowner when he knocked...
News

James Town bullion van robbery: How Akpeteshie ₵1.00 saved me from being killed when the armed robbers struck (Watch)

Fresh Update: Pregnant woman killed because she raised alarm when the robbery was ongoing

Korle Bu: Video footage of how armed robbers shot policeman of Bullion van dead, took his gun and sped away with the money

Rebecca Naa Dedei Aryeetey: Quick fact about the woman on Ghana’s 50 pesewas currency coin & how the “Auntie Dedei” bus was named after...

KNUST: H0rny students filmed fing£ring, k!ssing and ch0pping each other in public at night [Video]