Nursing mothers, others detained at Kotoka Int’l Airport for failure to pay compulsory $150 for COVID test

Videos circulating on social media paint a disturbing picture of nursing mothers and Ghanaian travellers who have been detained at the Kotoka International Airport.

This comes as a result of their inability to pay for the mandatory $150 for COVID-19 testing as instituted by the governemnt.

Per the video and photos seen by Ghbase.com, these Ghanaians, predominantly women, were seen sleeping on makeshift beds and seats. They have converted their luggage into pillows for sleeping comfort.

According to the account by one woman in the video, they have been detained because they are not able to foot the bail for the COVID-19 test. She added that they have only eaten once for the past two days.

She mentioned that lactating mothers and patients have all been allowed to make these hard seats their place of abode since they are not in the position to pay $150. They appealed to the government to come to their aid.

Ghanaians detained and stranded at Kotoka International Airport for not paying the $150 PCR test fee.

What do u think about the cost of the testing fee compared to other countries ? #tataletv pic.twitter.com/HJXPGJluGO

Meanwhile, the Vice-Presidential candidate of the National Democratic Congress (NDC) Prof Naana Jane Opoku Agyemang is calling on the government to do something about the situation.

She conveyed these concerns in a statement below… 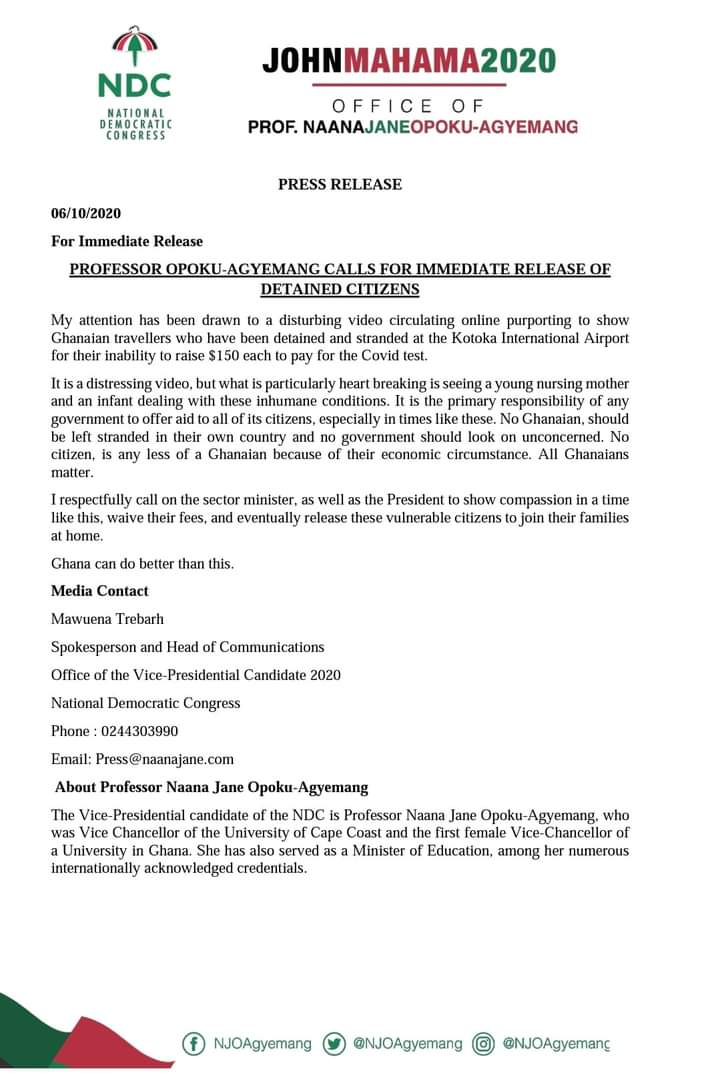