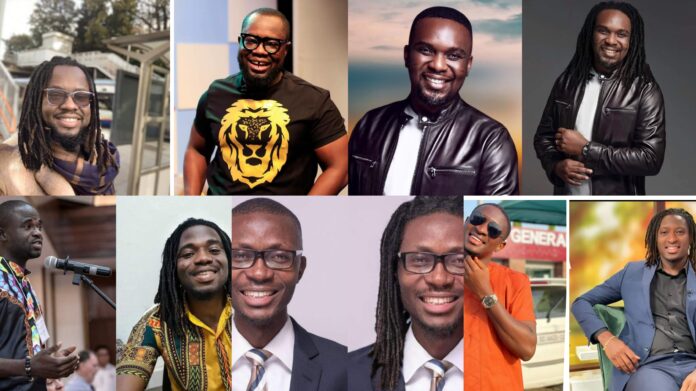 Television and radio presenter, Giovani Caleb has decided to give his colleagues a massive makeover by transforming their looks through a photoshop. In some photos shared on his Facebook page, Giovani gave himself some dreadlocks.

After he was satisfied with his results, he decided to add Joe Mettle, Bernard Avle, Thierry, Manasseh Azure, Ob Amponsah, Arnold Asamoah and others.

Meanwhile in other news, Kidi was seen skydiving.

Whenhen it comes to taking risks, Ghanaian musician Kidi seems to have the flare for it.

In a video posted on his Instagram page, Kidi decided to go the extra mile by skydiving with a man who was teaching him how to do it. From the video, it’s clear it was Kidi’s first time but he handled it like a pro.

The likes of Berla Mundi praised him for being extremely brave especially since some people have lost their lives doing it.

When the saddle holding them breaks, there is no telling the disaster that will come with it.

Check out the hilarious photos below;