Young Ghanaian dancehall artiste Larruso has been reportedly admitted at the hospital following a motorcycle that knocked him down during a video shoot.

Per the video making rounds on social media, Larruso was seen standing right in front of a motorcycle and was been directed on how the video will be shot. 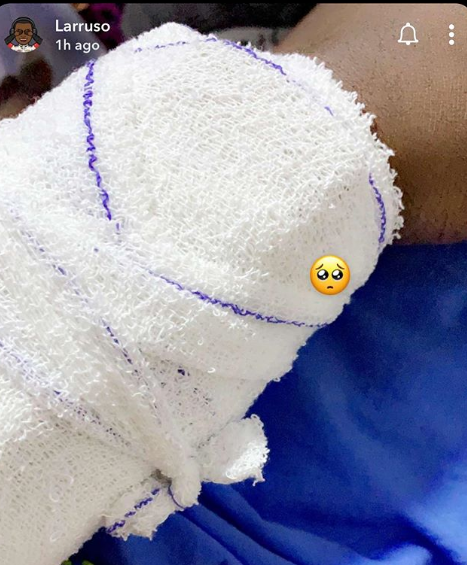 However, as he was standing just there without a premonition of what was about to happen, the driver of the motorcycle lost control and mistakenly drove over him.

The “Killy Killy” hitmaker has updated his Snapchat with a bandage wrapped around his hand which depict that he might have sustained a broken wrist.

We wish him a speedy recovery.

Hajia Bintu does it again, drops another set of photos showing the rar...

See 8 photos of Ama Serwaa who is arguably the most beautiful policewo...

Efia Odo and Archipalago fight dirty on social media over comment on h...

‘He Bought Me My First Expensive Phone’- Joyce Dzidzor Says She Fl...