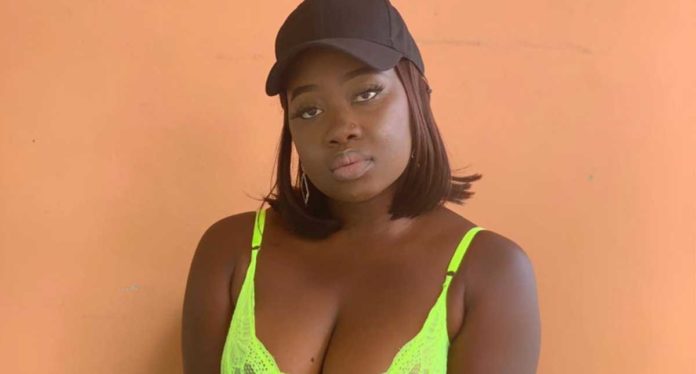 IG model Shugatiti has explained why she still goes nvde on social media despite mourning her father who passed away a few weeks ago blaming Zionfelix for the death of her father.

Shugatiti lost her biological father a few weeks ago and some people were expecting to see her mourn by wearing black and decently dressed but did none of that after leaving social media for a week.

Speaking to Zionfelix in an interview. Shugatiti disclosed that she went back into posting nvdes a few days after her father died because people had already paid her money for the ad that she needs to deliver her part.

According to her, she felt like wearing that particular dress and moreover not the attire you wear will determine whether you’re mourning or not and she sarcastically accused Zionfelix of killing her father.