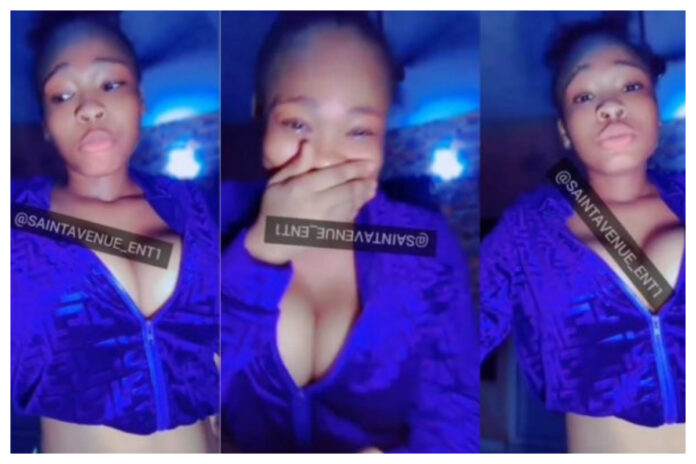 A Nigerian lady has sent a strong message to all her male friends in a video she recorded and shared on social media.

According to her if any of them has intended not to offer her any gift in the spirit of the yuletide, they should show their faces so she blocks them forever.

She then goes on to say she can’t be their friends for 365 days without getting anything dividends- as it were.

The unnamed lady found her statement absurd and at the tail end of the video- she burst out laughing.

Watch the video as uploaded on Instagram by Van De Maestro.

Meanwhile, in a rather disturbing video that further reinforces the moral decadence prevailing in modern times, two nursery kids have been seen replicating what their parents do in the bedroom.

In the video making rounds on the internet and first shared by blogger Van De Maestro on Instagram, the little kids were seen k.issing passionately and caressing each other right behind the school building.

The unfortunate development purportedly occurred during break time and as you could imagine, a lot of netizens are blaming poor supervision on the part of the teachers and irresponsible parenting as the causative agents.