Stonebwoy receives certificate of recognition from Grammy for being featured on Morgan Heritage’s album, “Avrakadabra”

The Supreme Court has ordered the petitioner, John Dramani Mahama to file his witness statements and arguments in response...
Read more

A Nigerian man who did not want to be turned into an errand boy at his workplace decided to...
Read more

Stonebwoy has received a certificate of recognition from Grammy for being featured on an album by Morgan Heritage which gained a nomination in 2017.

“Avrakadabra” is up for ‘Best Reggae Album’ in the 2018 Grammy Awards, alongside ‘Chronology’ by Chronixx, ‘Lost In Paradise’ by Common Kings, ‘Wash House Ting’ by J Boog, and ‘Stony Hill’ by Damian Marley.

The song on which he appears ‘Reggae Night (GlobalRemix), was released on May 19, 2017, and also features Bunji Garlin, Timaya, Stylo G, Rock, DreZion & Jaheim.

Stonebwoy, for his contribution on top Jamaican band Morgan Heritage’s ‘Avrakedabra’ album, became the second Ghanaian artiste after Rocky Dawuni (2016) to be named for Grammy glory.

The BHIM Nation president shared photos and video on social media to announce receipt of the prestigious certificate from Grammy. 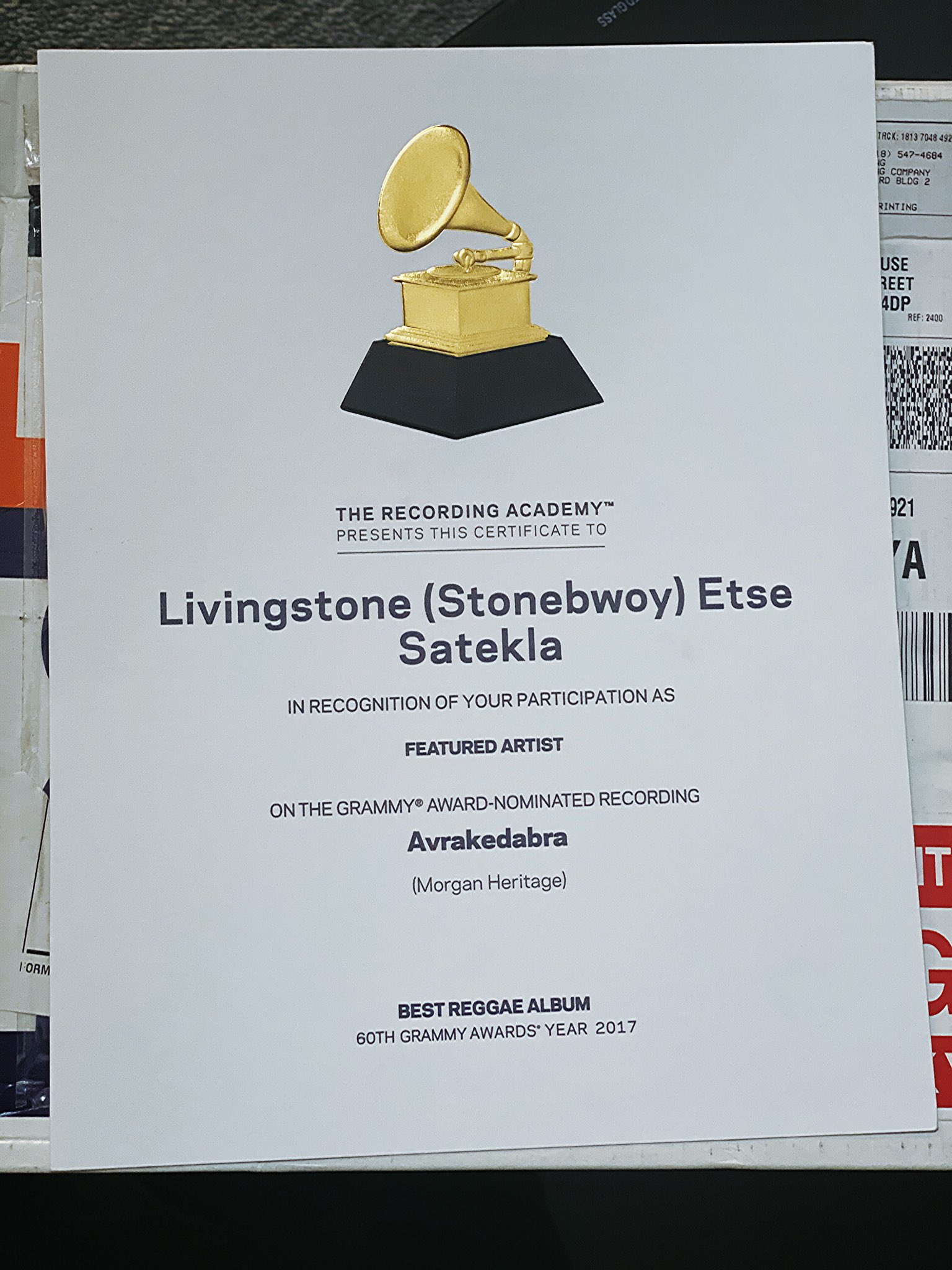 Share
Facebook
Twitter
Pinterest
WhatsApp
Previous articleShatta Wale Looking Dapper In New Photos
Next article“Vote for Akufo-Addo because he has done better than Mahama, who gave the nation’s Bauxite to his brother” – Samira Bawumia

Abeka-Lapaz: Resident builds house in the middle of the road, refuses to have it demolished

Ghanaian artist Denning Edem Hotor aka Edem has advised all who have become overnight serial beggars to make a shift and start hustling on...
Read more

Wedding Invitation Of Ekiiki Mi Hitmaker, Wisa Gierd Hit The Net As He Is Set To Marry His Girlfriend

Veteran Nigerian actor Pete Edochie has eulogized his friend and compatriot the late former President Rawlings and expressed how he feels about his passing. In...
Read more