Ghanaian giants Asante Kotoko have completed the signing of Brazilian midfielder Fabio Gama on a two-year deal, the club announced on Friday.

The 28-year-old has joined the Porcupine Warriors on a free transfer.

Gama becomes an astonishing 10th player to sign for the two-time African champions ahead of their participation in the CAF Champions League and the 2020-21 Ghana Premier League. 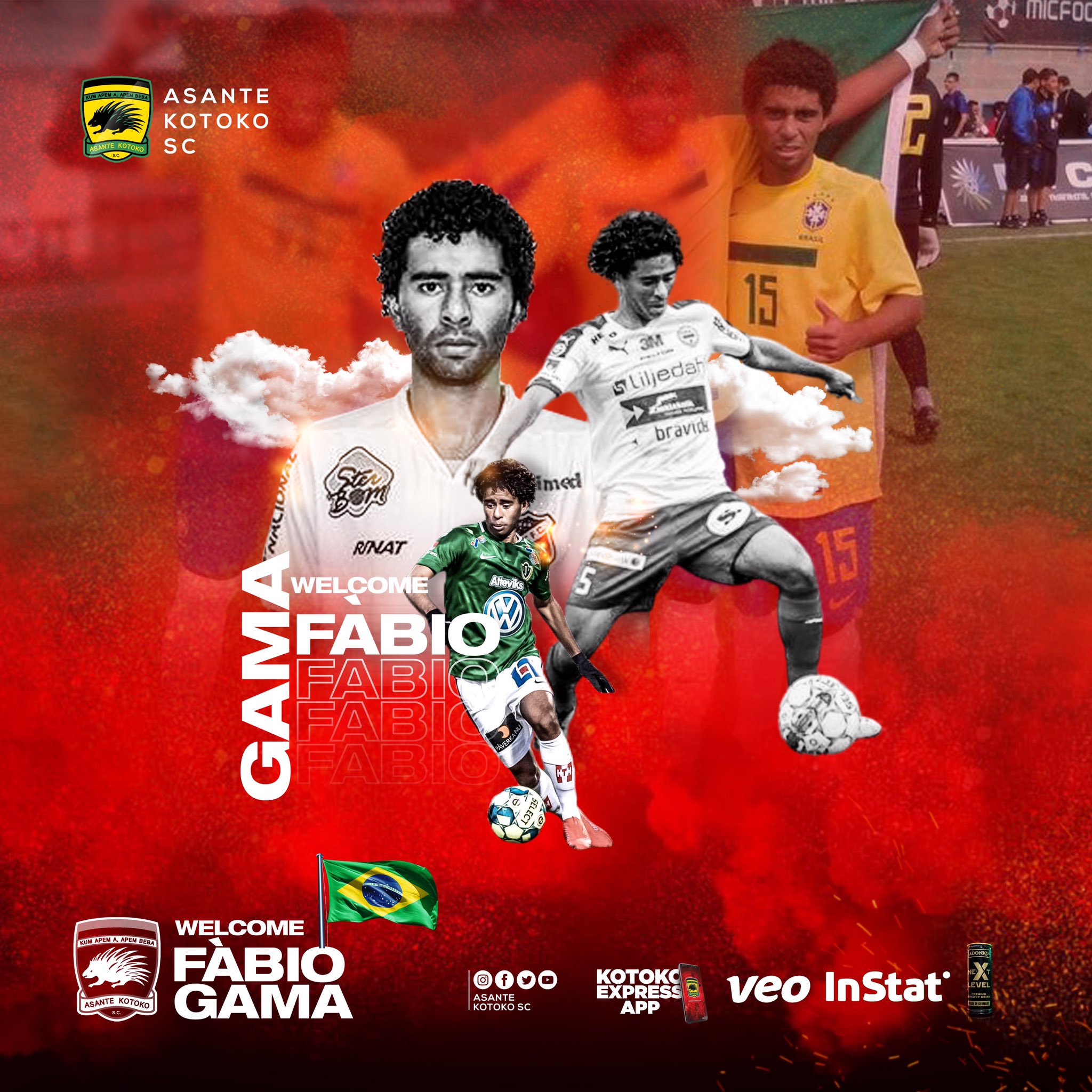 Gama, previously on the books of Swedish side Suprettan side Jonkoping IF as well as Varnamo, ABC FC, SE GAMA, EC Bahia and Botafogo, must fend off competition from recruit Latif Anabila, Emmanuel Sarkod and Salifu Mudasiru.

The former Brazilian U 17 , U 20 and Jönköping Södra ( Sweden ) baller has joined us on a 2-year contract.https://t.co/QzulrPEXQq#AKSC #WelcomeGama

President Akufo Addo has authorized the Ministry for Youth and Sports to pay each Ghana Premier League club an amount of 50,000ghc to reduce...
Read more
Sports

Kosta Papic meets with players and the technical team.

Newly-appointed head coach of Accra Hearts of Oak Kosta Papic has met with the technical team and playing body of the club as he...
Read more
Sports

FIFA bans CAF president Ahmad Ahmad for 5 years for financial. This had been feared for two months and means he definitely cannot stand...
Read more

Prophet Nigel Drops Another Prophecy And This Time, It’s Not Good...

Ghanaians Should Start Praying And Fasting Seriously For Sarkodie Else WHAT...

Stop Calling Us Hypocrites, John Dumelo Is Not Our Enemy, Writing...

Campaigning Against John Dumelo As An Actor Is Not A Smart...

Burna Boy’s Side Chick Pops Up, Reveals How He Has Been...