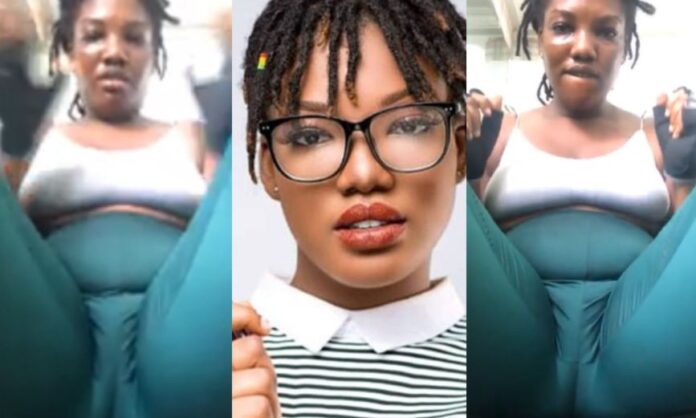 Ghanaian budding singer Iona has revealed that she didn’t intentionally show her vijayjay in a video that became a trending topic on social media some months ago.

On October 6, 2021, singer iOna Reine has got netizens scratching their heads in disbelief after she deliberately highlighted her big toto in a video disguised as exercise.

While going live on Facebook, the singer, who was in a gym wearing her training kits and getting ready to undergo some vigorous exercise routine to put her body in shape while jamming to Kaakie’s ‘Obolo’ song displayed her t0t0 to the dismay of many.

Addressing the issue in an interview on Accra FM with Nana Romeo, iOna Reine mentioned that it wasn’t intentional on her part to show her natural assets but rather the position of the camera made it look so.

According to her, she had no one around to take the video so she had to position it in a way she could see herself and only realised she had shown more than enough when the video went viral