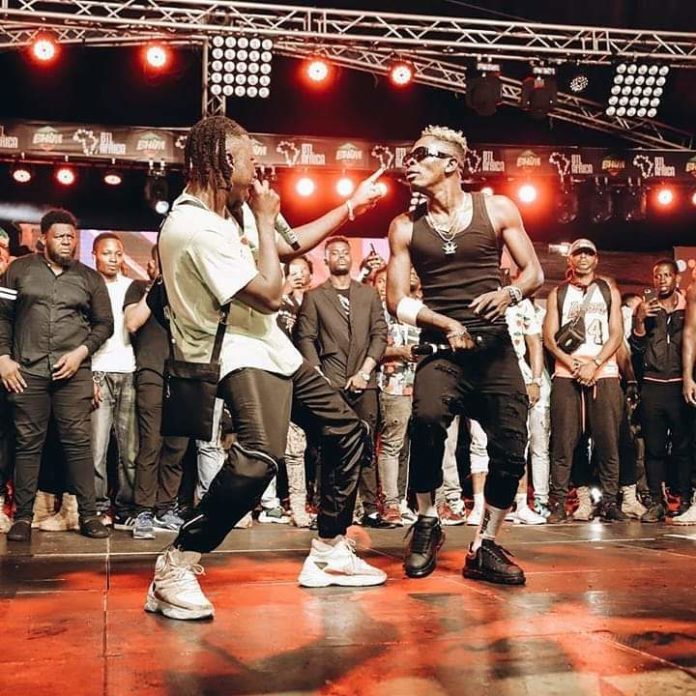 The 5th edition of the Ashaiman to the World concert came off at the Saka Saka park over the weekend.

The show lived up to the billing as thousands of fans trooped to the place to catch a glimpse of their idol Stonebwoy and other hit makers from the Ghanaian music industry.

The pair performed together whiles goofing and making other gestures which clearly showed they have put their age long rivalry behind them.

This is the second time Shatta Wale has graced Stonebwoy’s Ashaiman to the concert. The first one was in 2017 but this year’s edition is more significant on the premise that it clearly unified both artists and their huge fan base who have been divided for a long time owing to their protracted feud.

This video below says it all;