Former Special Prosecutor Martin Amidu has released a statement saying that one Nana B has sent him messages of verbal abuse and insults.

This comes on the back of a 27-page letter Amidu issued yesterday as response to the reply he received from the presidency following his resignation on Monday, November 16 2020.

According to the statement, Nana B called him (Amidu) with a number he did not have on his contact list so he decided not to answer it only for him to receive a very tribalistic message that tends to insult his person and tribe.

“..Otani Gyimifoc. Then yesterday, 27th November 2020 at 3:37pm, the same fellow using the same number sent me a second SMS: “Foolish man…kwasea like that. Wo maame tw3m mu tw3m,” part of the statement read.

Martin Amidu, according to the statement, run an investigation on the number which revealed the identity as Nana B, subtly referring to the one of the New Patriotic Party (NPP).

Martin Amidu said he sent a message back to him and thanked him for insulting and describing him as “Otani Gyimifoc” which literally translate as “foolish Northener.”

The former OSP said he is proud to be Northerner and that will not deter him from speaking on and exposing the supposed corruption activities in the governemnt. 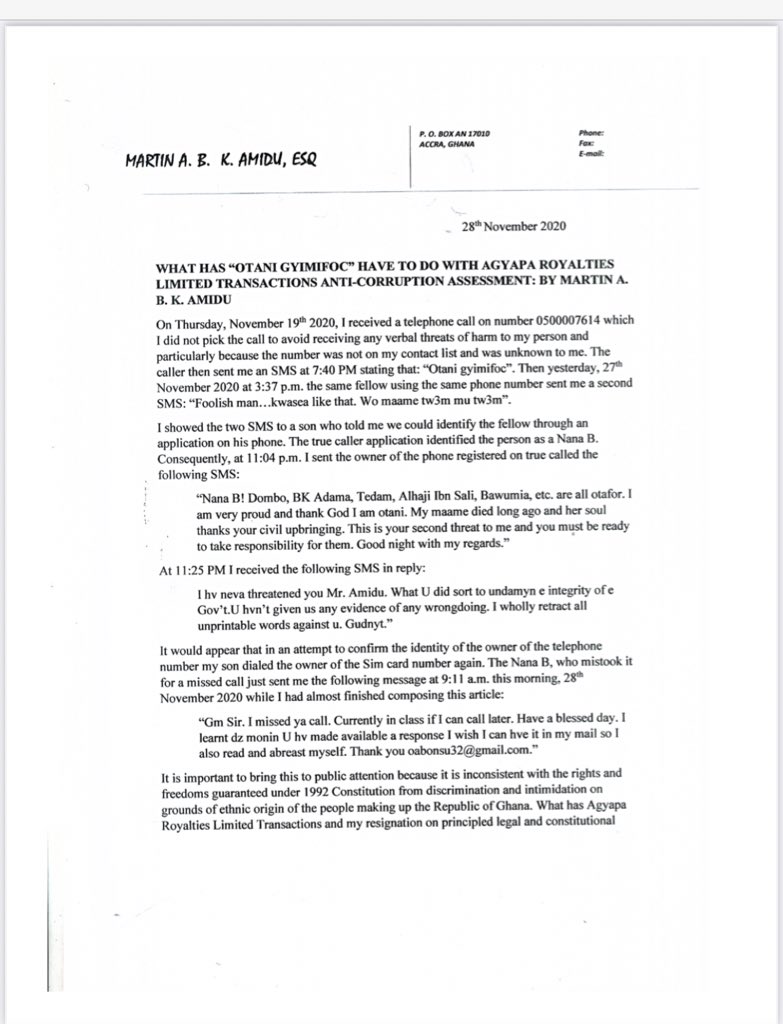 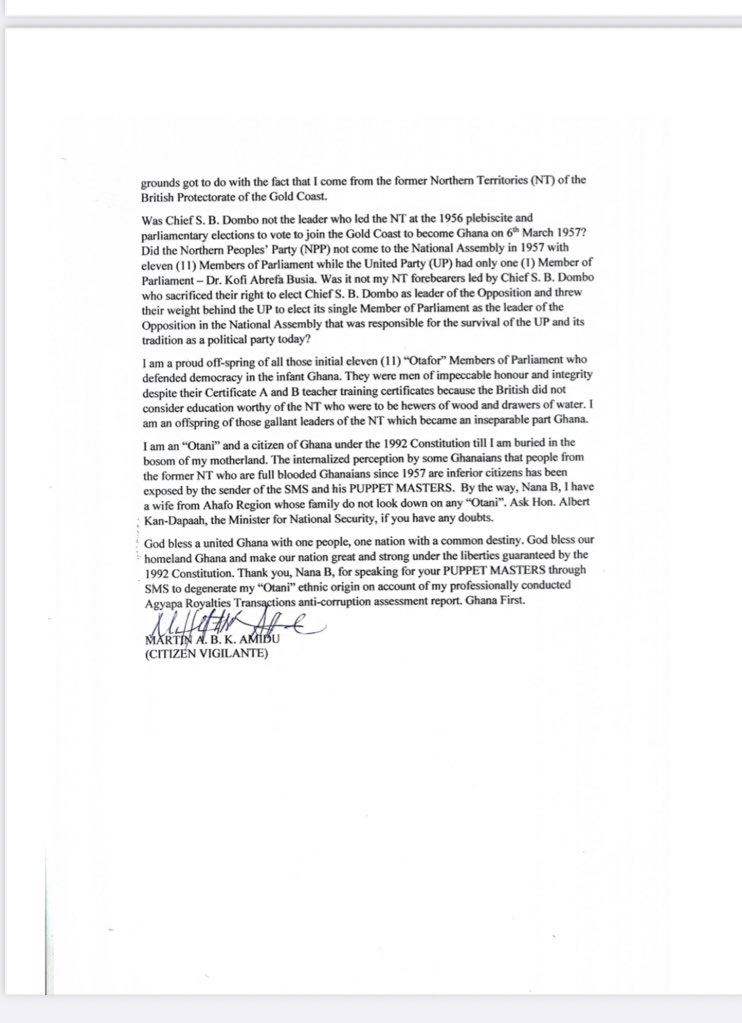