The identities of the children remain unknown but some bodies are believed to have been retrieved from the river. The tragic incident occurred Monday morning, March 8, 2021, in the Central Region.

According to Daily Guide reports, the District Police Commander, DSP Moses Osakono, has confirmed that eight bodies had been retrieved from the river in the morning.

According to police, the 12 children whose bodies have so far been retrieved are between the ages of 14 and 17. 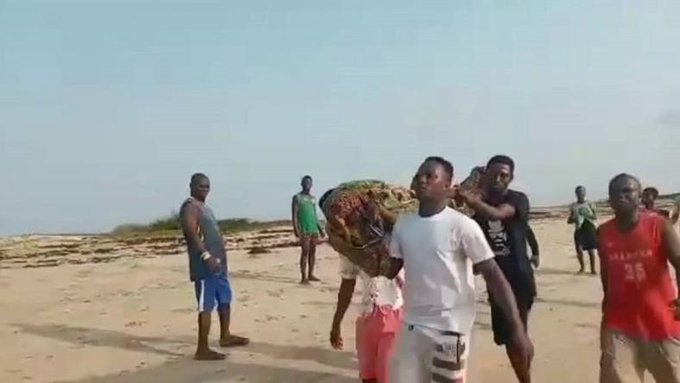 Reports say their bodies have been deposited at the morgue of the Apam District Hospital for autopsy.

“We were able to retrieve six bodies in the morning. We are collaborating with the DCE. My investigator is also there [Apam River]. So very soon, we will mobilize the bodies to see how many we have lost,” the police commander said.

He said Apam River has been inaccessible to the public since the outbreak of the Covid-19 panic.

“No one has been visiting the river. We made a clarion call to ensure no one goes to the river. We were shocked. It was a shock to us this morning,” he stated.

‘The silence of Mahama is worrying; he should let Ghanaians know...

“We don’t pay our taxes to Aflao Chief” – Okudzeto Abl...