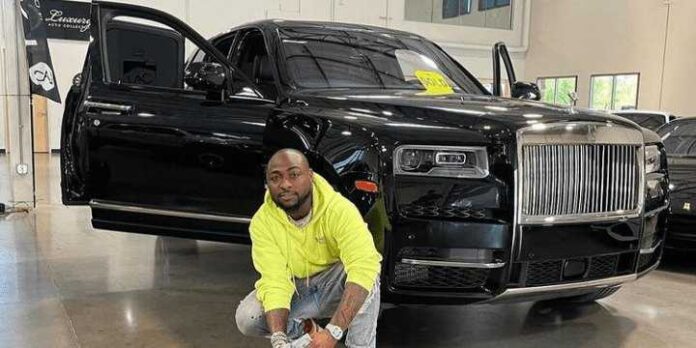 David Adekele mostly known as Davido has sparked massive reactions on the gram as he finally receives his 2021 Rolls Royce Cullinan.

Not long ago, the music star disclosed that he had bought the whip from an automobile dealership in the United States and was encountering shipping problems to Nigeria.

A lot of people criticized him for not having money to ship the car to his country hence the reason he was begging for money on social media.

Well, Davido’s Lawyer, Bobo Ajudua has revealed on his Instastory today that the afrobeat giant has received the car as he shared the photo of the luxury car packed in Davido’s carriage with other cars.

Reports also show that the car is worth an amount of N200 million.