Vice President Bawumia has urged Ghanaians to disregard posters making rounds presenting him as a potential flagbearer of the New Patriotic Party for the 2024 polls.

The NPP will need to settle on a new candidate to lead the party when President Akufo-Addo’s term comes to an end in 2024 -2025.

Thus there are several individuals in the party who have expressed interest in leading the party and as a result, have made paraphernalia and to woo delegates and party executives to vote eventually in their favour.

With Alan Kyeremanteng being the overall choice of the rank and file of the NPP, Bawumia believes individuals who want him to lead the party and as a result and printing and sharing posters need to put a stop to it.

In a statement issued and shared on his social media timeline, Bawumia said his preoccupation is to help President Akufo-Addo to deliver his mandate to the people of Ghana which he is focused on 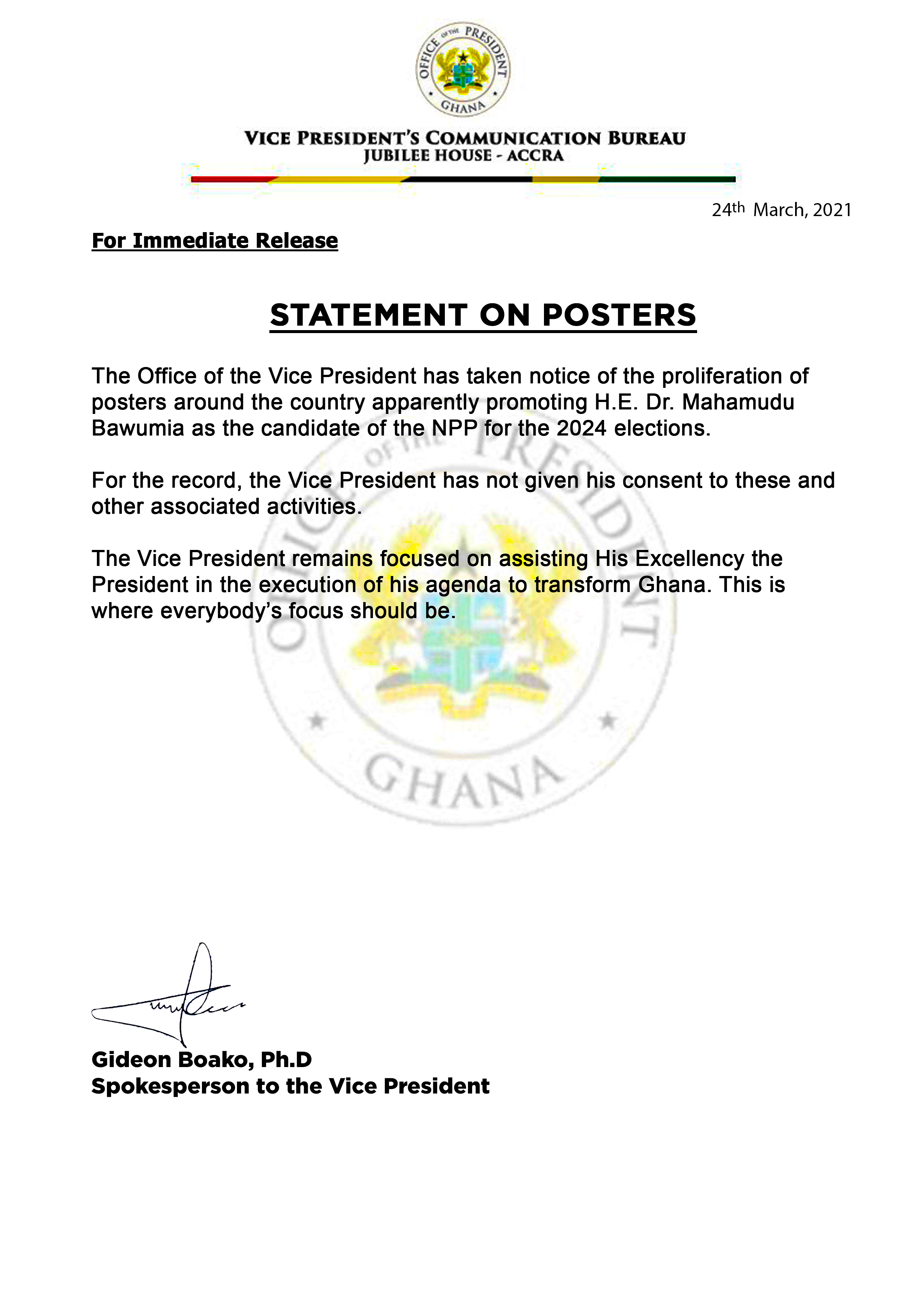