After being denied admission by the Achimota School for having dreadlocks, Tyrone Meyers has described himself as the “smartest mathematics and science student ever produced.”

In effect, he is shading the Achimota School for losing such a brilliant student like him who has the potential to help the school win another National Science & Maths Quiz (NSMQ)award.

Achimota School after so many donkey years has not made it past the quarter-finals stage of the NSMQ which clearly suggest that admitting Tyrone Meyers positions the school on a sure path to an eventual victory. 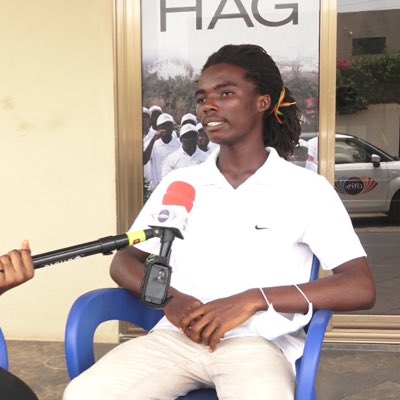 Tyrone clearly knows his worth and as his father prepares to get him admitted into a private school with the help of other interested bodies and individuals, he has thrown a shade at Motown for rejecting a gem.

In a tweet, he wrote: This was me in my dreadlocks when I was “awarded”_ and still hold that beautiful record undoubtedly as the smartest mathematics and science student ever produced !!! Well done Omega Schools !!@marhguy_tyrone

Previous article‘Forget About My Position, I Still Kneel And Submit To My Husband’ – Tanzanian President (Video)
Next articleSpending money on a woman just because you are dating her is not generosity, it is foolishness – Reno Omokri tells men

Ghanaians are suffering due to Akufo-Addo’s constant borrowing; he’s responsible for 60% of the public debt” – Ato Forson

Don’t Be Using Your Useless Phones With Fake Camera To Be Snapping Me, If It’s Not iPhone 12, Don’t Come Near Me – Bobrisky...

My New Partner Chops Me Well, He Deserves A Title In The Guinness Book Of Records – Abena Korkor [Video]

“I left Nana Yaw Sarfoh because he was very abusive & sleeping with plenty girls” – Estranged wife Janet Owusu says her side...