Martin Amidu, after resigning barely two years after his appointment as special prosecutor, has given reasons for his action which include the non-payment of emoluments due him.

In a letter dated November 16, 2020, to the office of the president, Mr Amidu announced his singular decision to resign from the office as the Special Prosecutor of Ghana.

e said there has also not been any effort to give him the emoluments and benefits due him per his appointment letter.

Martin Amidu said while he was not too bothered about the fact that he had not been given any emoluments, the “Deputy Special Prosecutor has also not been paid any emoluments since her appointment, and there is the need to redress that situation for her now that I am out of the way.”

“My appointment letter was received on 5th February 2020 (almost two (2)-years after my appointment). The copy addressees made no efforts to honour any of the conditions of appointment in terms of emoluments and benefits of the appointment ever since my warrant of appointment was issued on 23rd February 2018 to the date of my letter of resignation.”

“I have been an anti-corruption crusader all my life and not an anti-corruption entrepreneur. This explains why I have never put the emoluments and benefits of the Office as central to my commitment and my passion for the establishment of an independent, effective, efficient and impartial anti-corruption Office of the Special Prosecutor before the end of the first term of Mr President. This has not been possible for several reasons,” his statement said. 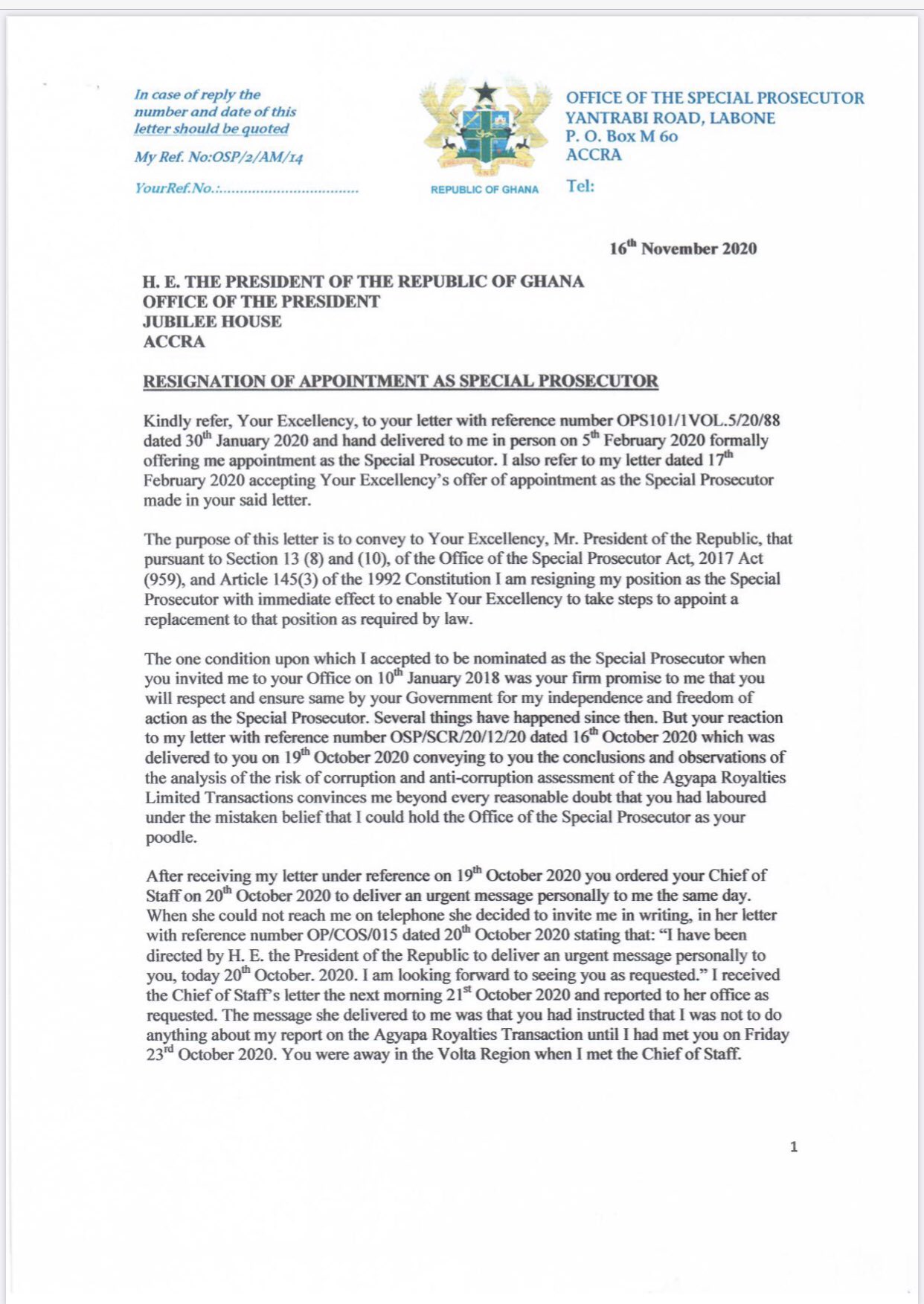 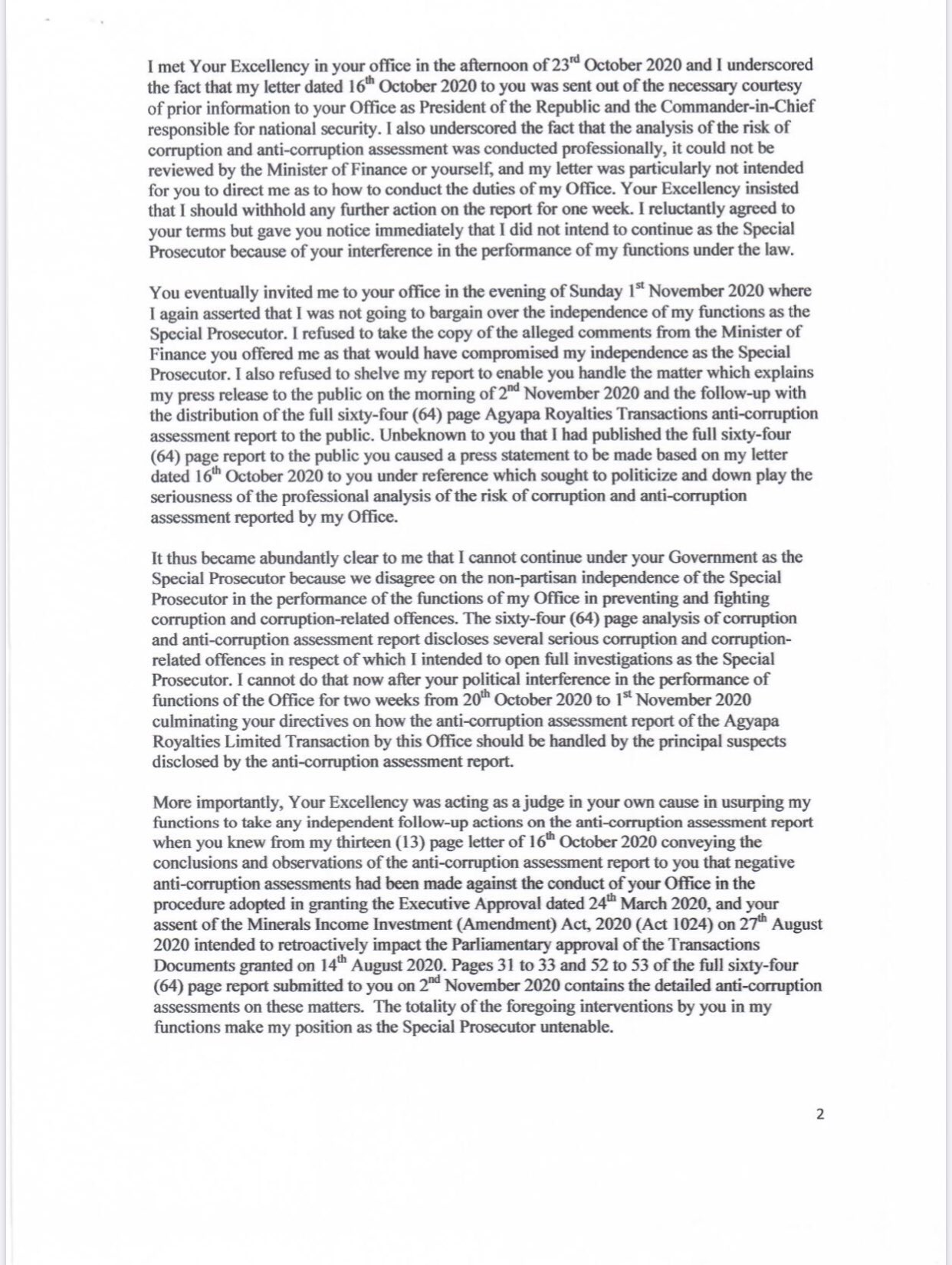 Previous articleBreaking: The Special Prosecutor, Martin Amidu has resigned from his position
Next articleWe Wanted To Feature JJ Rawlings In A Movie To Honor Him For Reviving The Movie Industry – Fred Amugi

Video: ‘I invested a lot in a guy but dumped me for a prostitute’ – Shugatiti tells her sad story

Ghana’s notorious in-house stripper, Shugatiti has revealed how a guy he spent a lot on him broke her heart. Shugatiti...
Entertainment News

“I do not entertain the company of people who wear fake & low-cost attires” – Sarkodie throws shots at Medikal et al in his...

(VIDEO) Ghanaian Celebs Are Hypocrites! With All Your Shouting About Freeing Poloo, None Of You Paid For Her 80k Bail -Afia Schwarzenegger

Do not provoke me, you’ll not like the response I will give you – Martin Amidu forewarns government [Audio]

Why did Martin Amidu resign from his position as Special Prosecutor? – Detailed Analysis

Breaking: The Special Prosecutor, Martin Amidu has resigned from his position