Annie is a young lady whose life was placed in a very unfortunate state after she got played by two Twitter boys, Kwadwo Piano and Beno Sarkcess.

This is an update to the earlier story where Annie after having some sexual expeditions with Pianop was left pregnant and unable to point who is responsible.

The genesis of the story is Annie was the girlfriend of one Twitter noisemaker called Beno Sarkcess and this guy had a friend called Kwadwo Piano who he helped and vibed with.

Well, nobody knew what happened but Annie secretly left Beno and went into bed with Piano. In fact, according to exclusive reports, Annie commended Piano for having the sweetest of pen!ses after tasting it.

Well, Kwadwo Piano after having his way with Annie shared her nudes on Twitter which degenerated into a serious issue with many suggesting that he had to be arrested for sharing the private photos of the lady without her consent.

We all thought everything has died especially when it was gathered that the police were looking for Kwadwo Piano for his wrong but recent development suggests that they are more to the story than what the ear has heard so far.

Annie has come back to say she is unable to withstand the public ridicule and the virtual accusations. According to her, she is not the first person to cheat and does not understand why people are not allowing her to have peace.

According to her, Piano has put her life ina quagmire and instead of people sympathize with her, they are rather bashing her for allowing herself to be sexually exploited by Twitter boys…This was after Piano has sought to explain how she got into bed with Annie and suggested that she gave the lady what she requested.

Annie has said Shatta Wale has called her and spoken some wisdom into her head by she feels she wants to end it all since the shame and accusations are affecting her mental health.

Below are some of the things Annie has been saying:

I’m just tired of you all,like i committed murderer,who doesn’t have sex?Because I had a vibe with someone,he must take a pic of me while asleep and post it right??oh wow…I swear on my parents wherever they are that i will make this boy pay for every shit he has put me through!

I decided not to talk but the kind of statement I’m seeing from some of you is making me crave for poison!!Some of you have done worst than i have yet you’re here judging me,Do you know what happened?Yes it was a mistake ever associating myself with someone like Piano!!

You all were here when he joined the space to explain himself,you all believed he said the truth,now it’s my turn and his spokesman is saying I’m lying!you think i don’t have anyone or deserve something better just because of a shit that happened……

Below Are Some Of The Screenshots of Paino’s Conversation With Annie & Other Info. 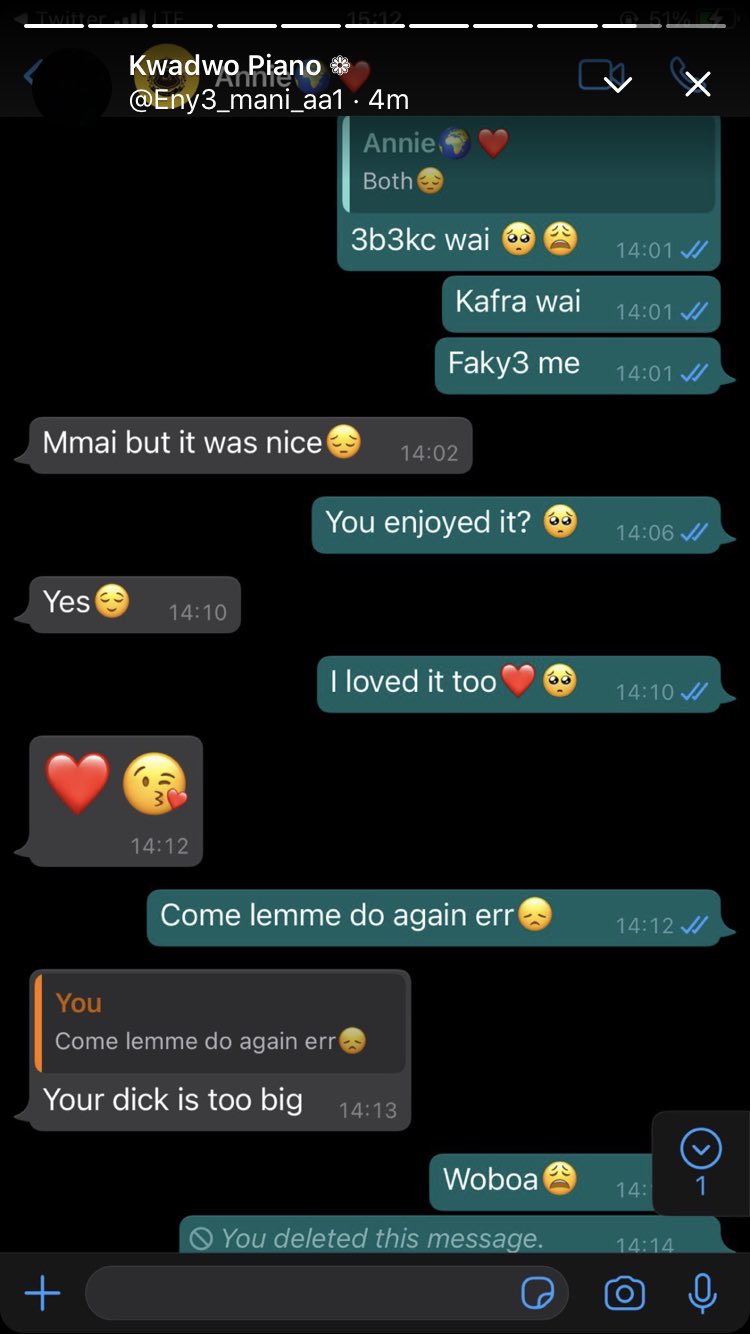 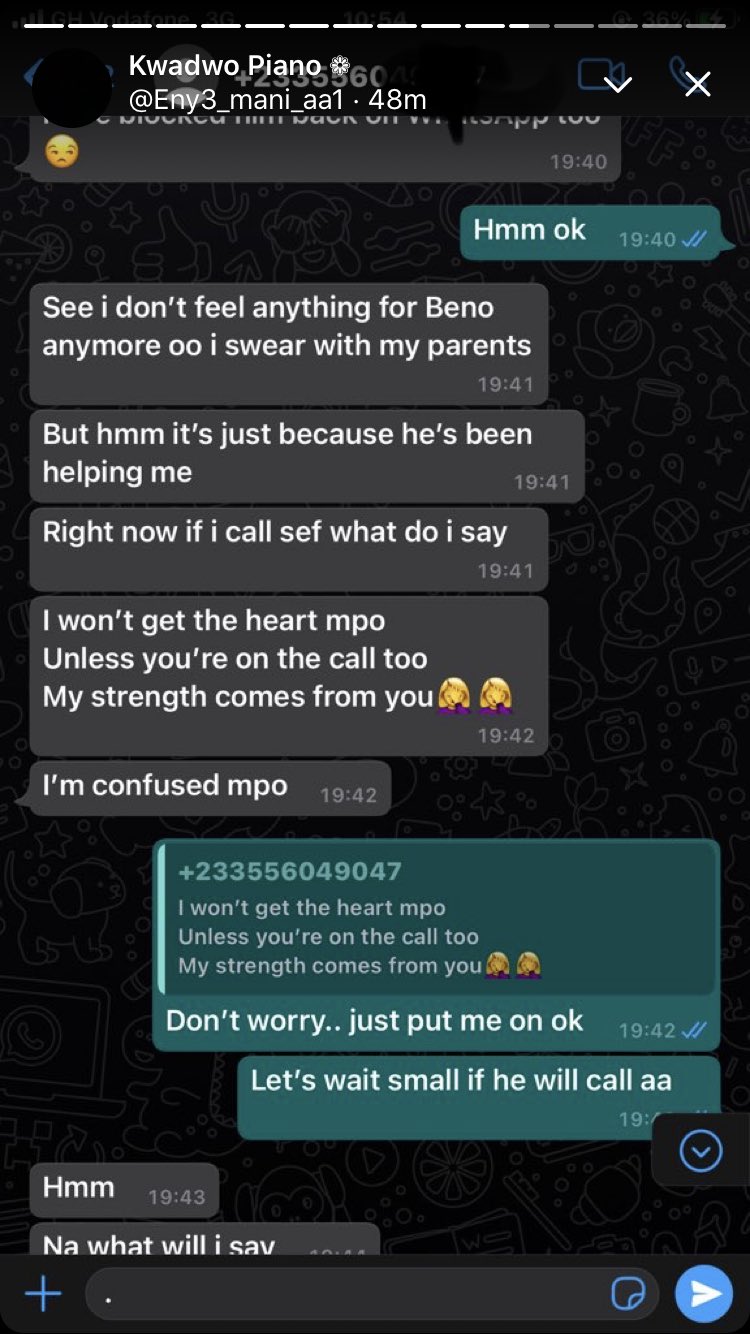 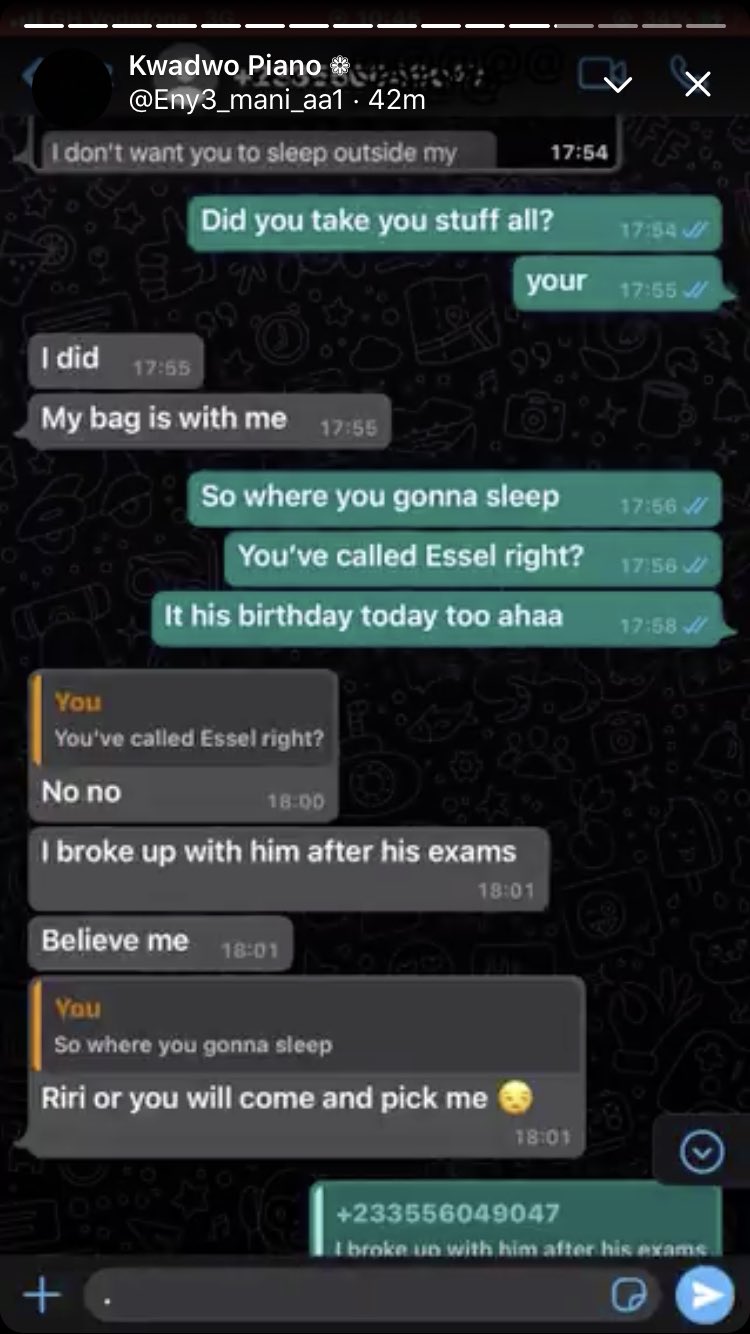 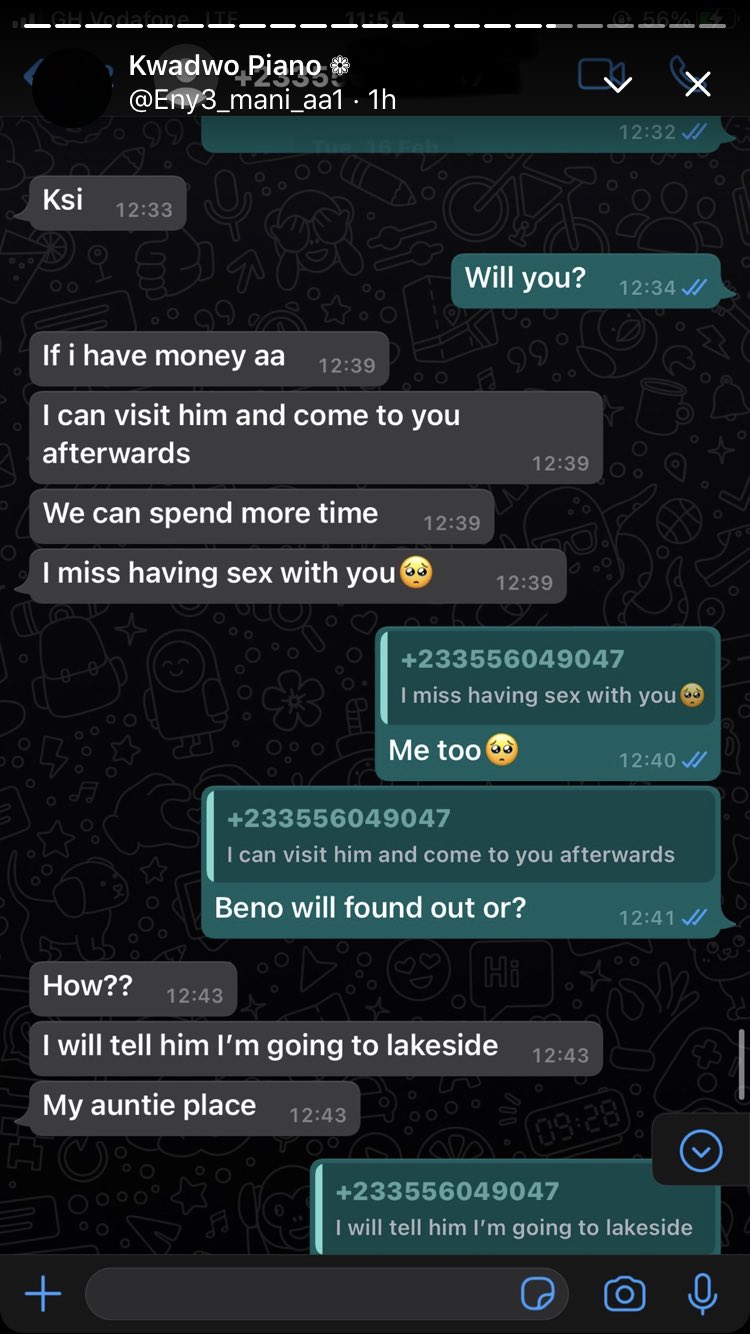 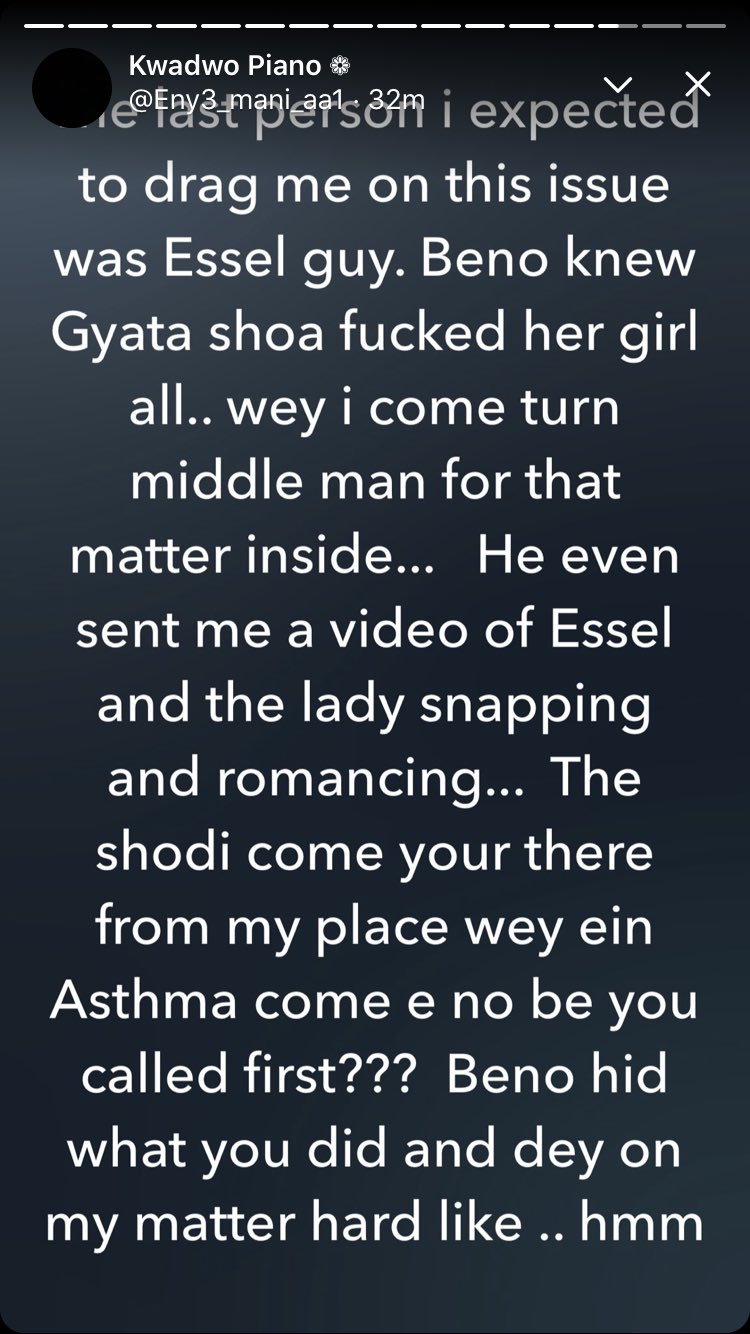 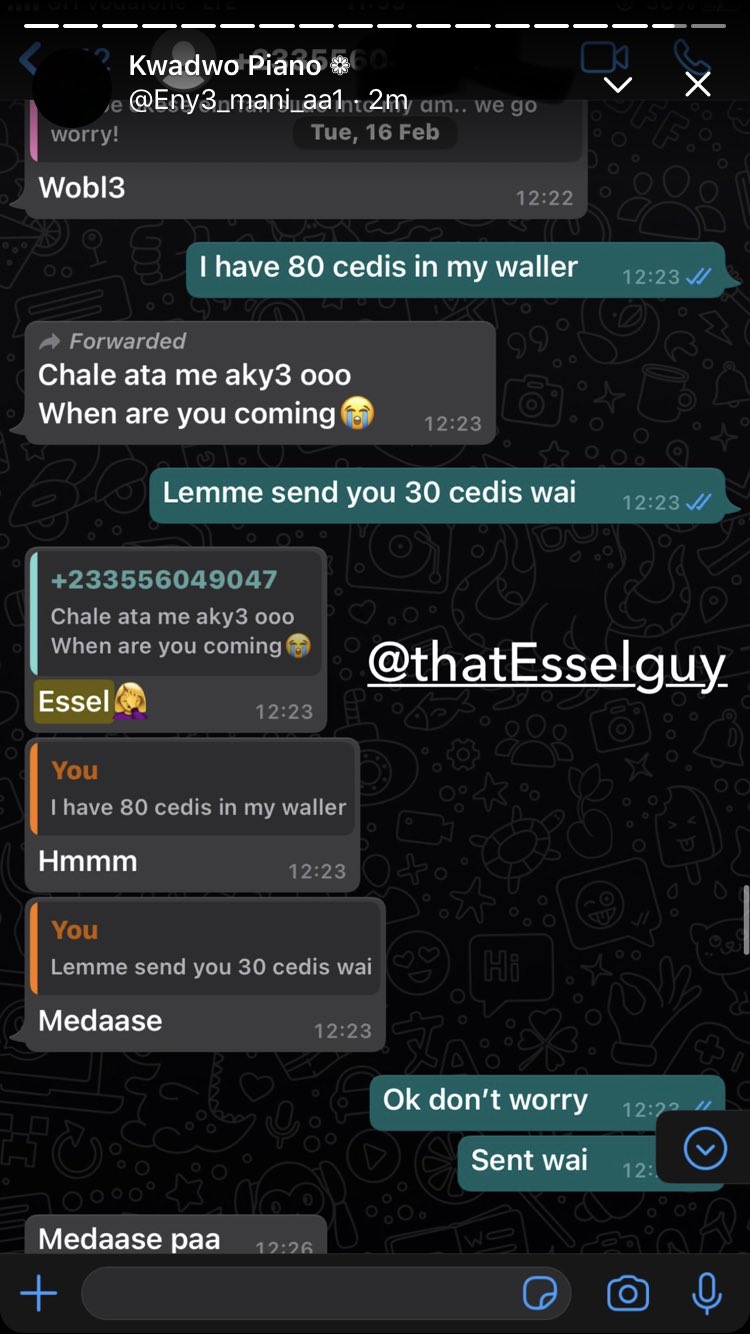 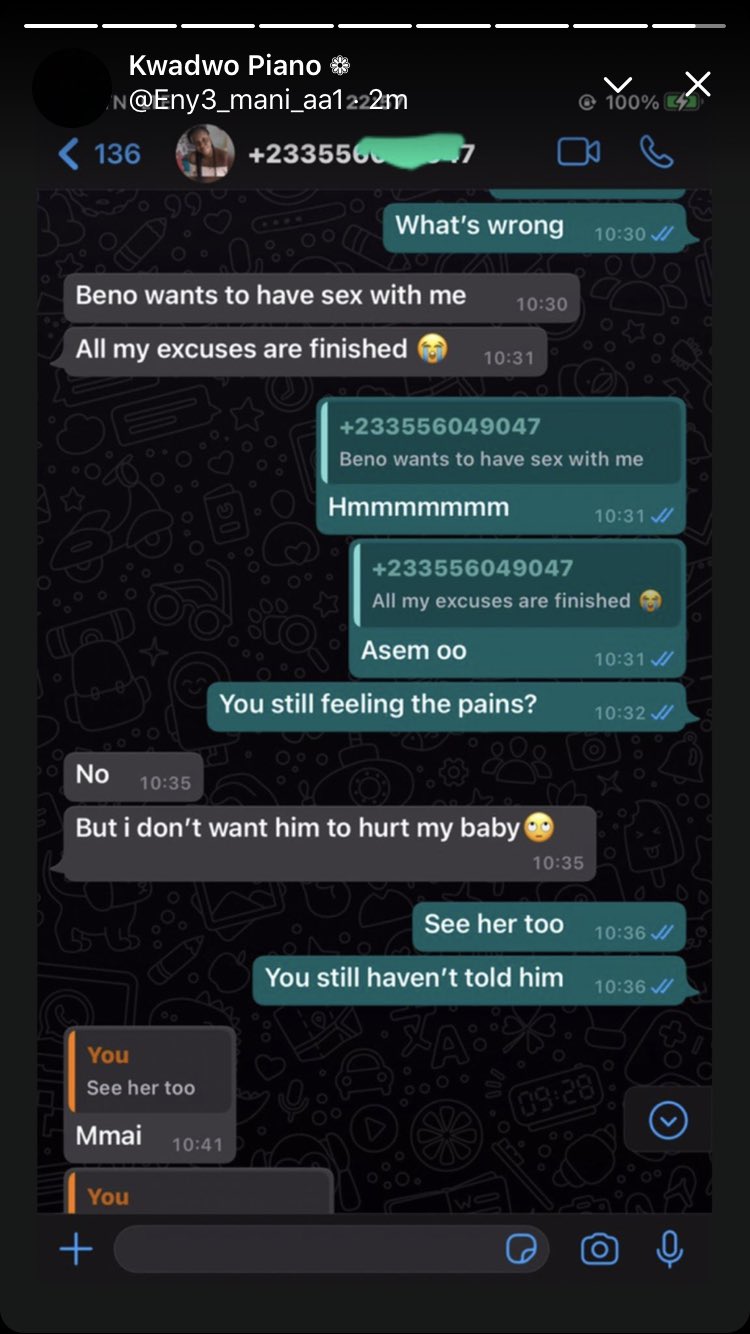 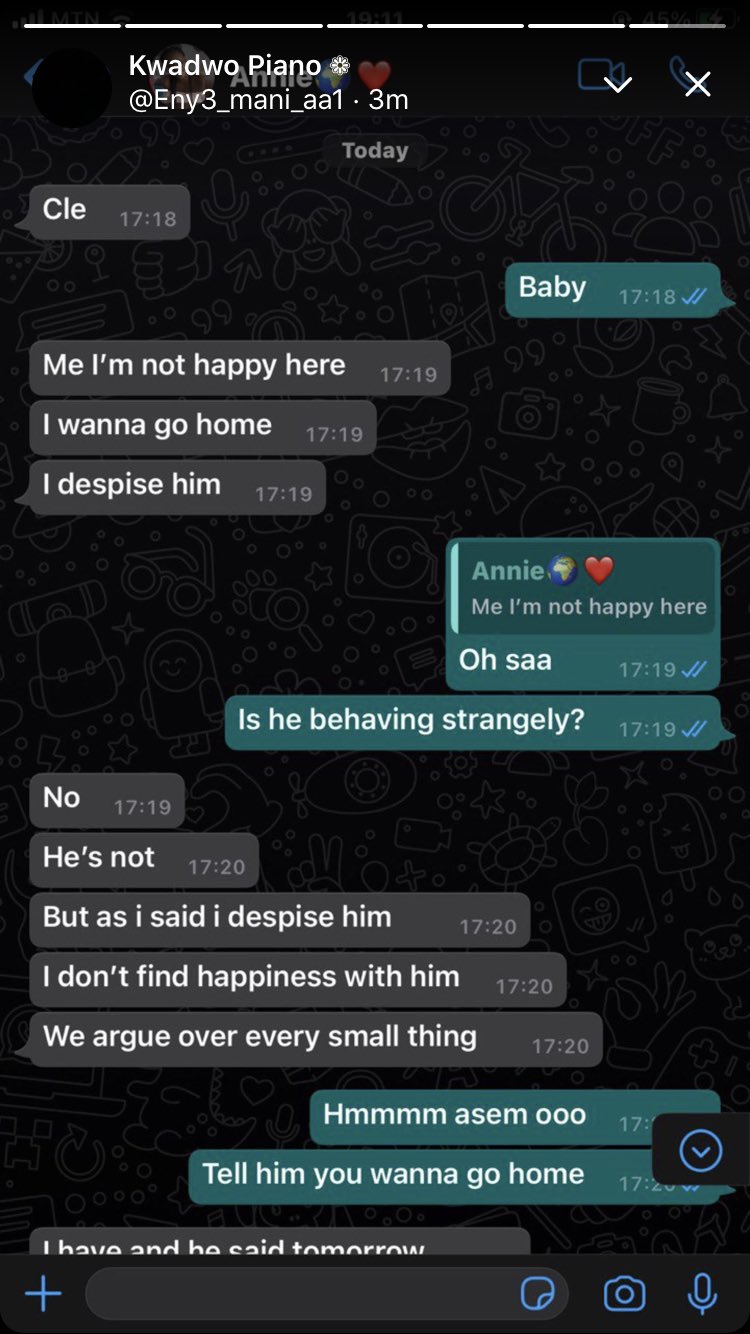 ‘My friend intends to propose to his girlfriend but doesn’t know she’s a cheat, should I tell him?’ – Man asks

Previous articleMore Drama As Friends Of Comfort Blissgh Promise To Cause Mayhem At The Wedding Of Her Ex- Boyfriend Who Duped Her Of 8000 Cedis
Next articleHOT AUDIO: Richard Agu, Young Man Accused Of Duping His Ex-Girlfriend Of 30,000 Cedis, Says She Only Bought Him A Pair Of Socks And More…

Video footage captures the joyful moment when the highly-rated Nigerian singer, Tuface Idibia aka 2Baba had a happy reunion...
News

Article: Premier League clubs with the biggest fanbase in Africa

“Akuapem Poloo is the causer of all her problems, she must blame herself for pleading guilty in court so easily” – Inusah Fuseini

“Let the law deal with me but forgive me” – Twitter boy who chopped and impregnated Annie & leaked her nudes online, apologizes

Lady, Annie in tears after two Twitter boys “chopped” her, got her pregnant & leaked her photos on social media