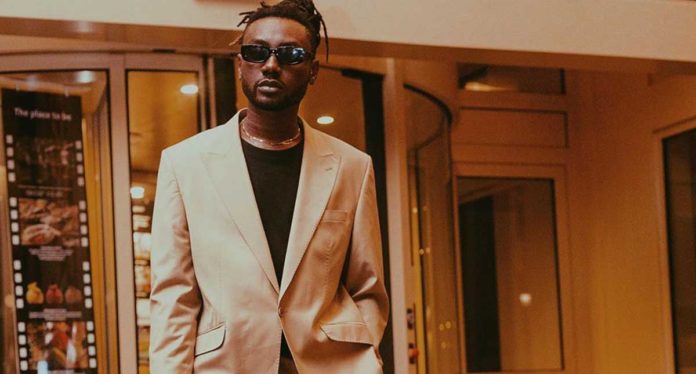 Rapper Pappy Kojo has elected himself as Ghana’s torchbearer to win a Grammy for the country in a new interview with JoyPrime.

His comment is on the heels of the trolling Ghanaian musicians have been subjected to shortly after Burna Boy and Wizkid won Grammy Awards for Nigeria at the 63rd edition of the prestigious awards held on March 14, 2021.

Burna Boy’s newest album, ‘Twice As Tall’ won the ‘Best Global Album’ category, and while reacting to his biggest award so far, the Afrobeat singer described it as a big win for his generation.

His counterpart Wizkid also won a joint award with Beyonce for their Brown Skin song taken off the Lion King: the Gift album.

It’s against this background that netizens from Ghana have been trolling Ghanaian artistes for their failure to land global recognitions such as the Grammys.

But Pappy Kojo says he’s the ‘chosen one’ to bring glory to Ghana in that regard. Unfortunately, the Fante rapper never gave us a timeline but we hope it will be sooner than later.