Die-hard Donald Trump fan Bussa Krishna, who used to worship him like a god, died of cardiac arrest on Sunday. According to his friends, Raju was shocked after Trump tested positive for the COVID-19. He “spent sleepless nights, starving and praying” for the United States President. 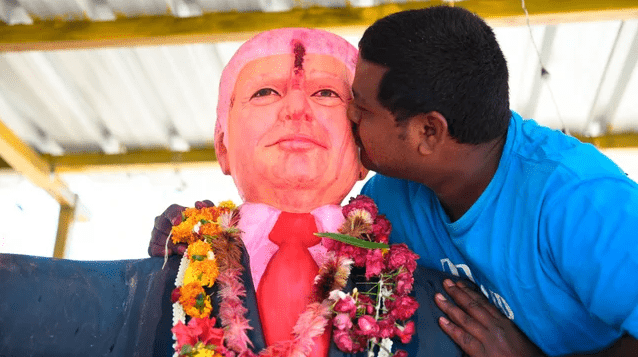 “He was upset when he learned about Trump testing positive for the COVID-19. He spent sleepless nights, starved and prayed for the US President Trump’s recovery for the past three-four days. He died of cardiac arrest today around noon.”

The 38-year-old collapsed while having tea at his relative’s residence at Toopran area in Medak district of Telangana. He was taken to hospital where doctors declared him dead. 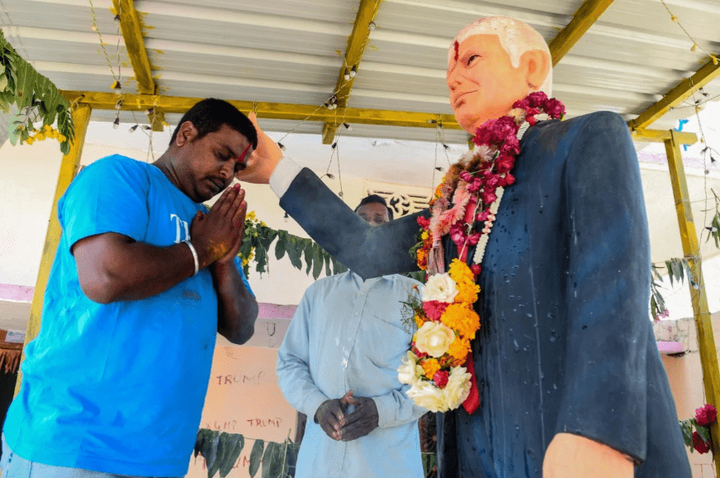 Raju was a great devotee of Trump. He had built a six-feet Trump statue at his house in Konne village in Bachannapet block of Janagaon district of Telangana last year.

He treats Trump as his God and offers prayers every day. People in the village refer yo him as ‘Trump Krishna’. 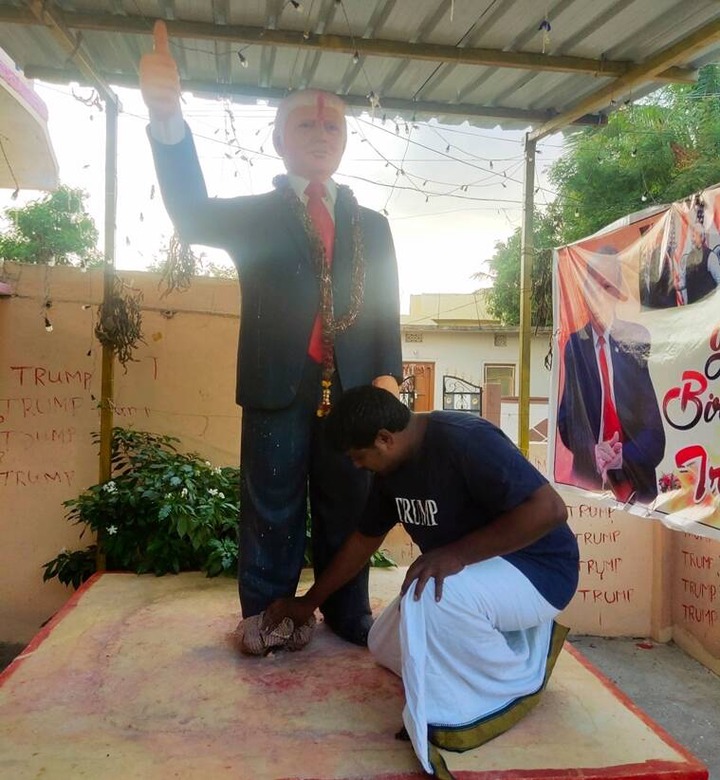 Video: Soldiers Run For Their Lives After Their Bullets Failed to Pene...

Photo: See The Sad Moment Female Protestor Died And Was Wrapped In A B...

“I Am Heartbroken” – Beyonce Reacts To Ongoing Crisi...

‘Teach Me Nigerian Slang So I Can Join You’- Tyler Perry Tells Nig...

Cardi B Mistakenly Leaks Her Nude Photo On Social Media...