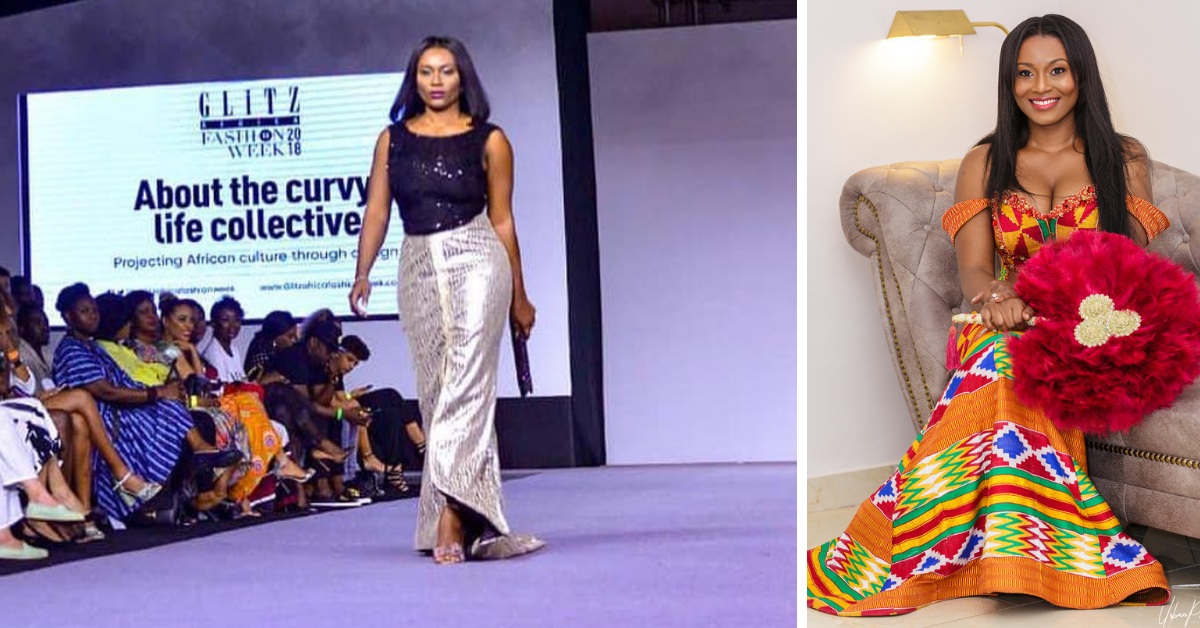 Sarkodie’s wife, Tracy Sarkcess has given a shot at modeling as she made an appearance as a model at a recent fashion show.

Tracy who likes to stay away from the media, modeled on the runway at the 2018 Glitz Fashion which was held over the weekend.

She looked stunning on the night as she wore a black sleeveless blouse over a long ash-coloured slit, completing her looks with a black purse designed by rysen_clothing on Instagram.

Yes, with that fierce look on, she certainly understands the modeling business and deserved the pay check she got. Tracy wowed us when she made an appearance at the Glitz Style Awards in her red dress.

She was a part of curvy models who rocked the runway to model for @aboutthatcurvylife. And yes, Tracy wasn’t bad with how she modeled on the night and we know you would agree with us after watching a video below: