So Shatta Wale can fall in love after all, right? It seems his heart has been shredded into pieces that have informed his sense of direction if the above caption is anything to go by.

We made this deduction after made a new post on his Snapchat saying he’s done with a relationship and from today forward, he’s going to practice self-love. He added that he will now love with no strings attached, an indication that he is really hurt.

Who could have thought such an aggressive and brash persona such as Shatta Wale will go emotional and gush out this way. Anyway, here’s what he posted. 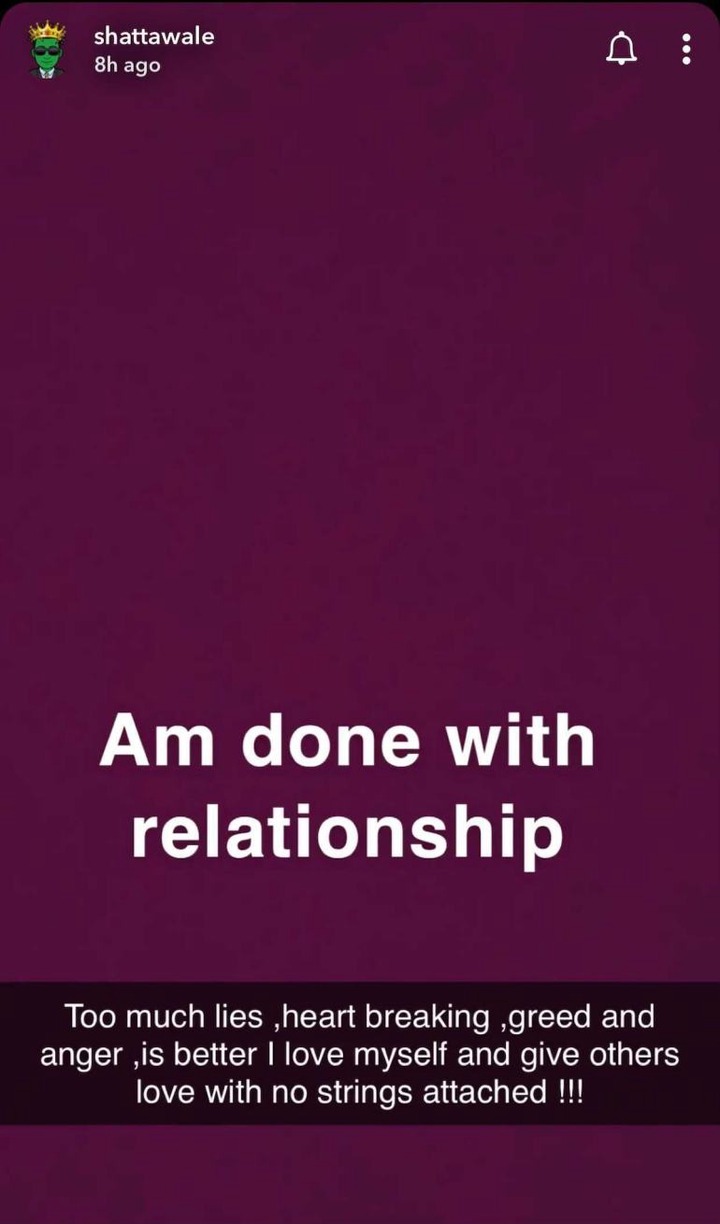 ‘He Bought Me My First Expensive Phone’- Joyce Dzidzor Says She Fl...

“You are a disgrace to all women” – Archipalago scol...

“I was clearly mistaken” – Salma Mumin apologizes to MTN...

We Are Coming To Share Your Husbands With You – Afia Shwarzenegg...